Will this Chinese company eventually take on AMD, Nvidia, and Intel?

The GPU market is changing, and it's not just because of Intel's reveal of their ARC A-Series discrete GPUs products or our expectation of further GPU price decreases over the coming weeks. Chinese companies are now entering the GPU market, using domestic graphics architectures in an attempt to rival today's western GPU giants.

Moore Threads has revealed their first domestic graphics products, the MTT S60 and the MTT S2000. These graphics cards are powered by Moore Threads' MT Unified System Architecture (MUSA) architecture and is said to support DirectX, OpenCL, OpenGL, Vulkan and even NVIDIA CUDA.

The MTT S60 and MTT S2000 are targeted at gaming and server workloads respectively. Moore Threads is led by  Zhang Jianzhong, a man who was formerly Nvidia's Global Vice President.  Zhang Jianzhong is using his 15 years of experience within the GPU market to develop discrete graphics products in China, giving the nation an opportunity to gain further technological independence from the west.

Moore Threads showcased their MTT S60 graphics card playing League of Legends at 1080p. Sadly, no performance details were given during this demo. To say the least, League of Legends is not a demanding game, and that is specially true at low resolution like 1080p.

The lack of performance data from Moore Threads indicates that they are not ready to rival existing GPU manufacturers. That said, they have working products and a desire to create even better products in the future. In time, Moore Threads should create more powerful products. That said, so will AMD, Intel, and Nvidia.

You can join the discussion on Moore Threads creating graphics cards for the Chinese market on the OC3D Forums. 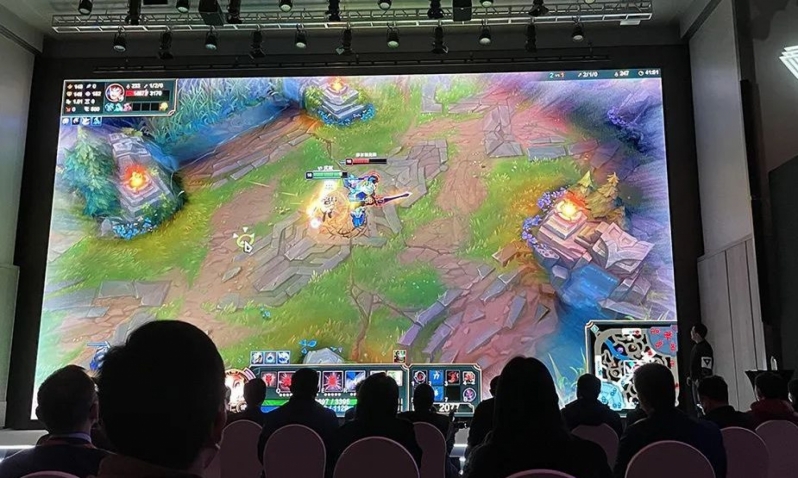 Deadtroopers
Not interested in "Made in Uighur Concentration Camps", tah. And I don't want to hear of these... people again either.Quote

Dicehunter
Quote:
Any proof these highly complex graphics cards are being made in camps or just hyperbole as usual ?Quote

g0ggles1994
Quote:
Without a doubt. CCP will have all homegrown silicon backdoored to high heaven.
That aside, I think the name 'moore threads' is brilliant; that should have been Threadripper's taglineQuote
Reply