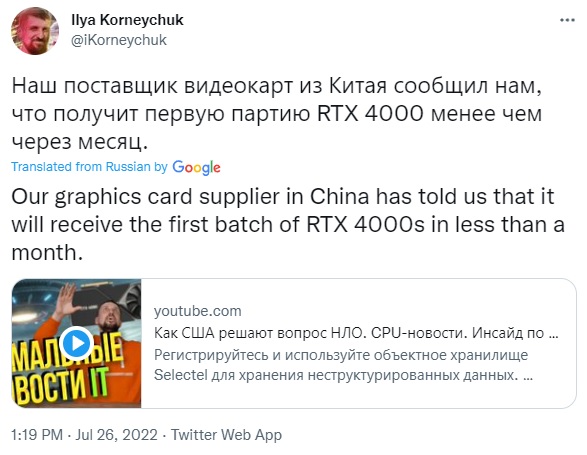 You can join the discussion on Nvidia's RTX 40 series launch on the OC3D Forums.

Dicehunter
There's a reason all the Nvidia sponsored YouTubers are telling people "Buy now don't wait do it now" Nvidia need to clear the shelves.Quote
Reply