Colorful's RTX 4070 Ti BattleAx Deluxe has been revealed, and its specs are the same as Nvidia's 'unlaunched' RTX 4080 12GB

With its AD104 GPU core, 12GB of GDDR6X memory, Colorful has all but confirmed that Nvidia's RTX 4070 Ti is a rebranded RTX 4080 12GB, a graphics card that Nvidia was forced to "unlaunch" following poor feedback from consumers.

At this time, it is unknown when Nvidia's RTX 4070 Ti will launch, or how much the graphics card will cost. Nvidia's RTX 4080 12GB was revealed with prices starting at $899, but given the RTX 4070 Ti's lower-tier branding, it is likely that Nvidia will reveal their RTX 4070 Ti with a lower price tag than the RTX 4080 12GB that it replaced, despite the fact that it will launch with seemingly identical specifications. 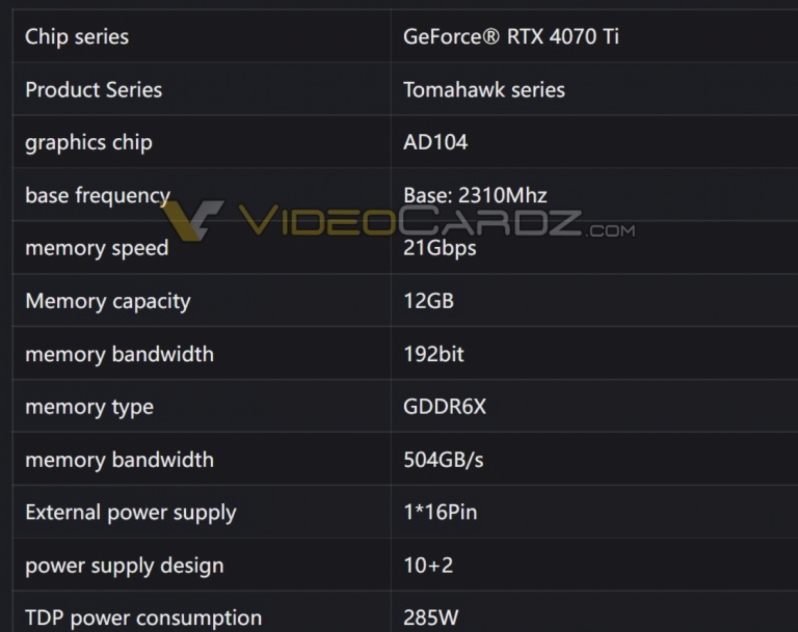 Nvidia are expected to reveal their RTX 4070 Ti graphics cards at CES 2023 in January, with a reveal on January 5th. This remains unconfirmed, though this date makes a lot of sense given the RTX 4080 12GB's original planned launch date.

You can join the discussion on Colorful's RTX 4070 Ti BattleAx Deluxe graphics card on the OC3D Forums.

dazbobaby
A new 40xx series GPU would be nice, but I could not in good conscience no matter how good the price, consider supporting a company that gouged the living poop out of gamers.


I wouldn't urinate on nvidia now if they were on fire, which the usually are these days.Quote

The fact that it's a rebranded 4080 makes me unhappy.Quote

The_Crapman
Quote:
Reminds me of the old Strix cardsQuote

Excalabur50
This is exactly what I said Nvidia would do, will be interesting if the launch price will be the same or if they're gonna have to drop it, cause if they don't they may have a repeat of the 4080 sales.Quote
Reply