Another RTX 4080 series graphics card has been spotted, this time from Colorful

Colorful's iGame RTX 4080 Ultra OC graphics card features a chunky triple-fan heatsink design that is very similar to its RTX 30 series predecessor and a new boxart design. Like Nvidia's leaked RTX 4080 image, Nvidia appears to be changing their numbering font with their RTX 40 series, assuming this leak from Tweaktown is legitimate.

Currently, the specification of Nvidia's RTX 4080 graphics card are unknown, though the GPU is expected to have 16GB of 23Gbps GDDR6X memory, a 256-bit memory bus, and around 10,000 CUDA cores. These specifications are unconfirmed. 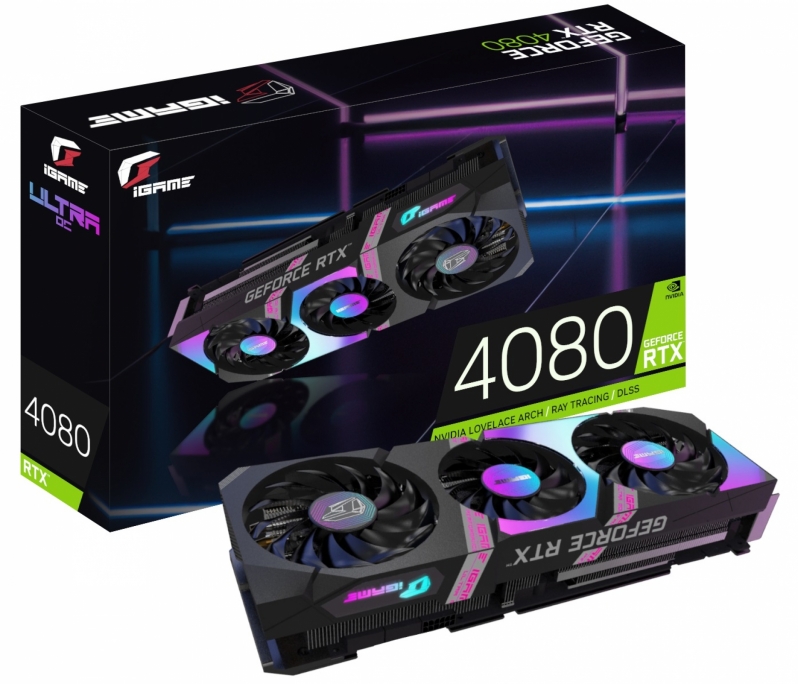 Sadly, the boxart shown above does not include any detailed information about Nvidia's RTX 4080 graphics card. This is common for modern GPU boxes, as these boxes are often designed before finalised GPU specifications are known publically. This prevents GPU boxart from being used to leak graphics card specifications ahead of their official unveiling by Nvidia.

You can join the discussion on Colorful's leaked iGame RTX 4080 Ultra OC graphics card on the OC3D Forums.