Lighting-wise, Corsiar's XG7 RGB RX 5700 XT water block supports RGB illumination though ICUE, allowing the GPU's lighting to be manually adjusted with ease. In addition to this, Corsair has also opted to ship their GPU water block with a full-length backplate. With many of Corsair's competitor, such as EK, backplates are an optional extra. With Corsair, their backplate comes with the block.

Another neat extra that Corsair has added to their design is a built-in flow indicator, which allows users to see if their coolant is flowing at a glance. 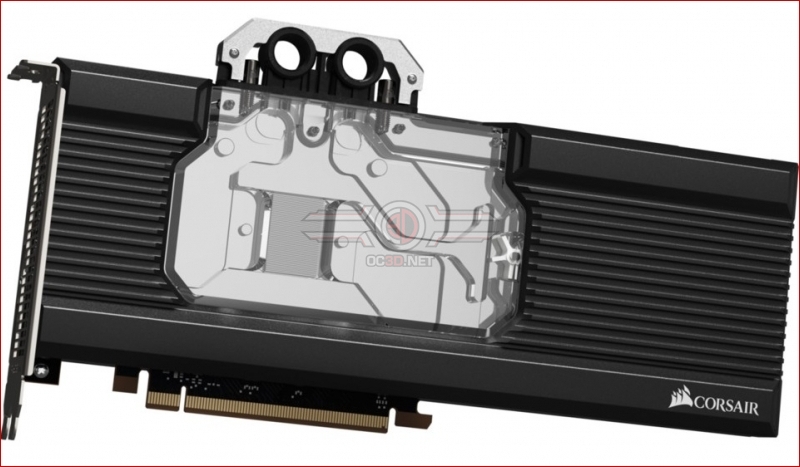 You can join the discussion on Corsair's Radeon RX 5700 XT series water block on the OC3D Forums.

NeverBackDown
Well, I guess if I want a slim 5700xt going underwater is my only option. Intrigued.

Although not that I care for RGB, you said Mark it supports RGB through ICUE, does that mean it comes with the RGB built-in and you just need to connect the header? Or you need to add all the RGB stuff? Seemed confusing to me.

Also makes it more expensive as you'll need the Corsair Commander for the control I presume.Quote

Darkdayzzz
Quote:
Based on the video on Corsairs website it seems to be builtin RGB with a header for activation. So yeah plug the header in and done. Control via ICUE software :PQuote

NeverBackDown
Quote:
I figured it was probably this method. Just means it's going to require the Commander Pro device as onboard RGB headers only support the manufacturer RGB.. Which means add on another expensive $60 device for RGB. RidiculousQuote
Reply