DisplayPort 2.0 monitors have been delayed until late 2021

The COVID-19 Pandemic has delayed the standard's implementation.

DisplayPort 2.0 monitors have been delayed until late 2021

Initially, DisplayPort 2.0 was expected to release sometime in late 2020, and thus far the standard has been missing from CES 2021. In a statement to The Verge, VESA has confirmed that DisplayPort 2.1's implementation into monitors had been delayed by the COVID 19 pandemic, which prevented vital engineer meetups which allow multiple companies to work together to sort out any interoperability issues that their products possess. “In 2020 VESA had no PlugTests, which has slowed the deployment of DisplayPort 2.0,” confirmed VESA, confirming that they are "now planning our next PlugTest for this Spring in Taiwan, so we expect to get this process rolling again.”

DisplayPort 2.1 is now expected to appear in products later this year, though it will likely take longer for the standard to become more widely available. VESA needs to get graphics cards, monitors and other screen types to support DisplayPort 2.1, which will be a long process. 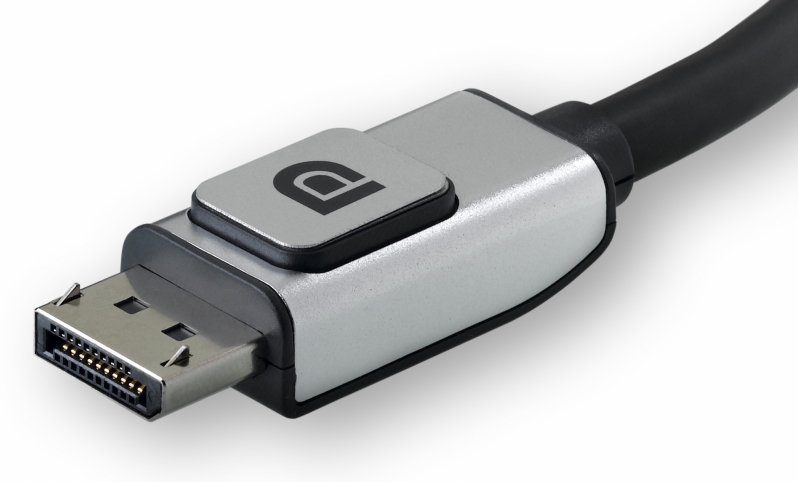 DisplayPort 2.0 will support a maximum bandwidth of 80Gbps and be usable through an updated DisplayPort connector and USB Type-C connectors (through the USB4 standard). Both USB4 and DisplayPort 2.0 are based on Intel's Thunderbolt 3 standard, giving both standards similar characteristics.

Below are some of the specifications of DisplayPort 2.0

You can join the discussion on DisplayPort 2.0's delayed release on the OC3D Forums.
«Prev 1 Next»