Nvidia's MSRP pricing for their RTX 3060 graphics card is £299 in the UK and $329 in the US, but don't expect to see retailers sell their stocks at these prices. These values represent the cheapest pricing that Nvidia plans to offer, and premium models will always be more expensive than those baselines. Still, based on what we have heard from industry sources, gamers should not expect to see any RTX 3060 GPUs at MSRP prices at launch.

CoreTeks has gotten an exclusive early look at RTX 3060 retail prices in the US, and they are grim. All of these RTX 3060 graphics cards are high than the RTX 3060 Ti's MSRP, and most of these models will sell with RTX 3070-level prices. Sadly, our own sources tell us that the UK's gamers face a similar situation, with high demand pushing RTX 3060 pricing to ridiculous levels.

Below are some prices for RTX 3060 GPUs at an unknown US retailer.

While GPU prices have been impacted by many factors, such as increased shipping costs, component shortages and sheer demand, it is hard to call these prices justifiable. Nvidia's RTX 3060 would represent good value if it sold at its MSRP of £299. Sadly, it looks like nobody will be able to purchase these graphics cards at these prices.

With the GPU market being what it is, gamers will need to pay the ludicrous prices that the market demands, and even then, stocks of these new products are not expected to last long. Even in the console market, retailers are finding it tough to keep consoles in stock; and gamers are finding it difficult to buy the hardware they want. If anything, things are tougher in the PC market, as console gamers don't have to compete with cryptocurrency miners, who are making a bad situation worse for PC gamers.

Nvidia's RTX 3060 launch will likely be remembered as one of Nvidia's worst-ever hardware releases. Suppliers have sold stocks to miners before launch, Nvidia's Ethereum mining lock hasn't made the graphics card less attractive to miners, and it looks like Nvidia will fail to deliver their product to gamers at MSRP prices. Could it get any worse than this? 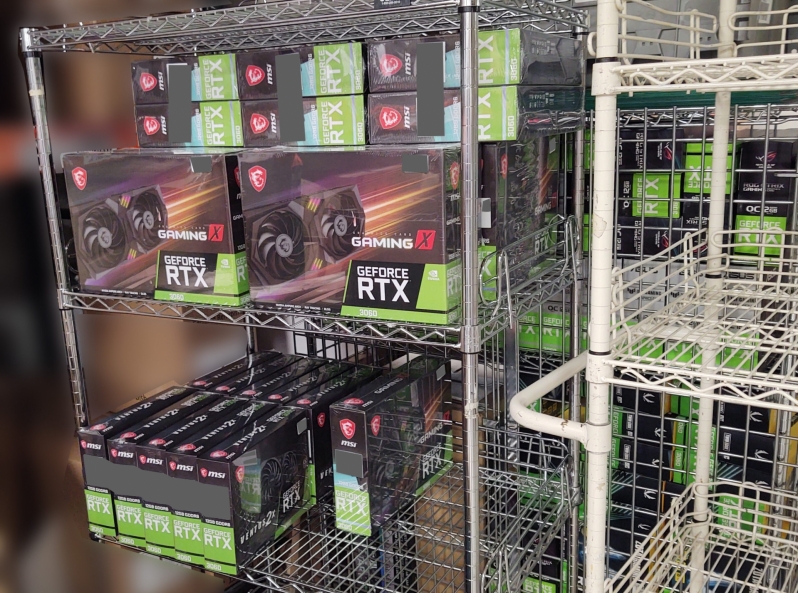 You can join the discussion on the true cost of Nvidia's RTX 3060 on the OC3D Forums.

AngryGoldfish
In the past, these launches were exciting. They represented hundreds of millions of dollars and countless hours of work. But this is not a launch. We know where it's going to sit roughly so reviews are not going to be exciting. And because no one will be able to buy them at a reasonable price, it's about as exciting as a tin of Lidl baked beans with no can opener.Quote

66racer
Man, I remember when I would pick up my GPU on launch week at Fry's. Not like they were just always sitting on the shelf but within a week or two of launch it was basically certain I would get the card I was after.

Now, even though I have distributor access, getting cards is still super hard.Quote
Reply