RTX 2060 Super pricing and a free copy of Modern Warfare.

Black Friday may be over two weeks away, but that doesn't mean that you can't snap up an early GPU bargain. Today, Overclockers UK has reduced the price of Palit's RTX 2070 DUAL to £374.99, giving it a price tag that's similar to Nvidia's low-end RTX 2060 Super series cards.

Bearing in mind the RTX 2070's (non-Super) higher CUDA core count than the RTX 2060 Super, users of this graphics card can expect boosted performance when compared undiscounted Nvidia GPUs at this price point. This is especially good for those who want to play their games with Nvidia's demanding RTX effects enabled. 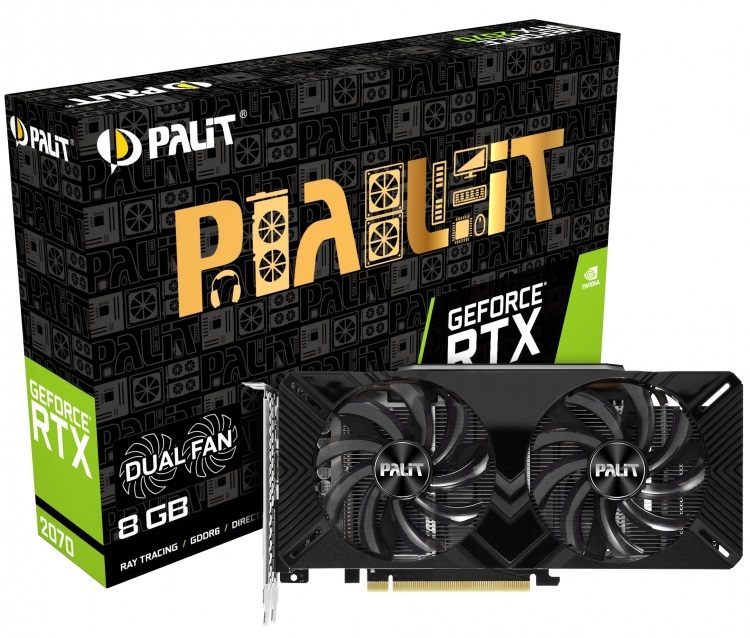 PC builders can purchase this bargain-priced RTX 2070 graphics card over at Overclockers UK.

You can join the discussion on this early RTX 2070 Black Friday deal on the OC3D Forums.

AlienALX
Glad I didn't pay £449 now. Mind you I'd never have bought a Palit any way.Quote

Bagpuss
Oh...so they're now at the price they should have been to begin with.

KingNosser
knock another £80 off and then it might be a deal but still not a bargain :PQuote

Warchild
Quote:
Palit make better cards than ASUS in my opinion. They own Gainward and their GS series are highly binned reliable cards.Quote

Furthermore, I love how every last company today has continued "specials", those "specials" used to be the normal prices, there are too many people with more money than sense these days and this will further create a disparity between the financial classes and it will all implode eventually as a result of this practice. "muh special" no no, it's not.

News flash folks, a special is when normal prices go on special. meaning; A card like this $375, a normal price, would be $310-335, now THAT is a special.Quote
Reply