XFX has a new Radeon flagship

With such beefy power circuitry, we can be sure that this graphics card can deliver the fullest potential of AMD's high-end Navi 21 XT silicon. When combined with the cooling prowess of EK, this graphics card is easily one of the most powerful Radeon RX 6900 XT graphics cards on the market, offering PC gamers boost clocks of 2,525MHz out of the box.

The XFX/EK RX 6900 XT Speedster ZERO Waterblock Edition is priced at €1,799.90, which is on the pricy side of the GPU market. That said, water blocks are expensive and so are highly binned RX 6900 XT chips. 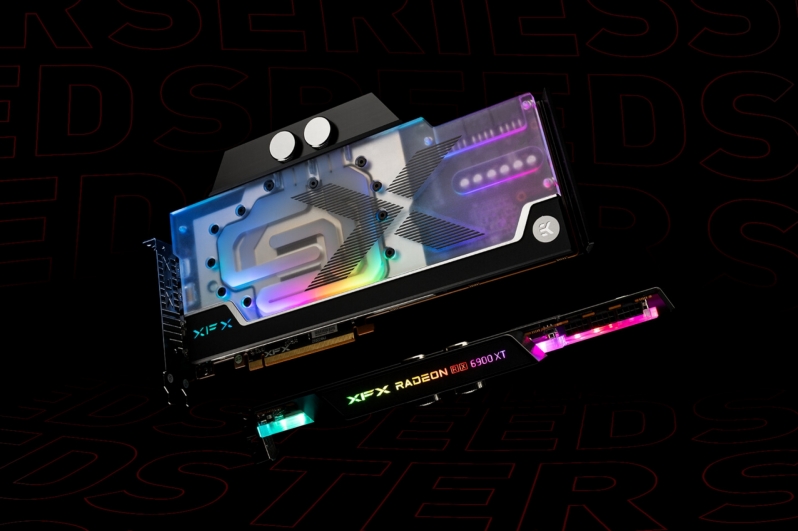 EK, the premium liquid cooling gear manufacturer, has partnered up with XFX, an experienced company dedicated to manufacturing AMD-based GPUs to bring you a factory water-cooled Radeon RX 6900 XT GPU. The XFX Speedster ZERO Radeon RX 6900XT RGB EKWB is one of the fastest AMD Radeon-based graphics cards on the market.

This new Speedster series GPU is equipped with a 14-phase VRM power delivery system, consisting of DrMOS and high polymer capacitors. To make sure these lightning-fast graphics processors manage to hit their maximum clocks, a unique EK water block is pre-installed which also brings a prolonged lifespan due to the superior thermals that the liquid cooling provides. This also makes sure that no precious gaming time is spent on the water block mounting, and there are no questions regarding the warranty.

A powerful 14+2 Phase Power Design allows more stable performance by better distributing power across more power phases in the VRM which results in more overclocking and boosting headroom. Couple that with the incredibly cool components due to the full cover EK water block and you get a recipe for high performance, stability, and a long lifespan. 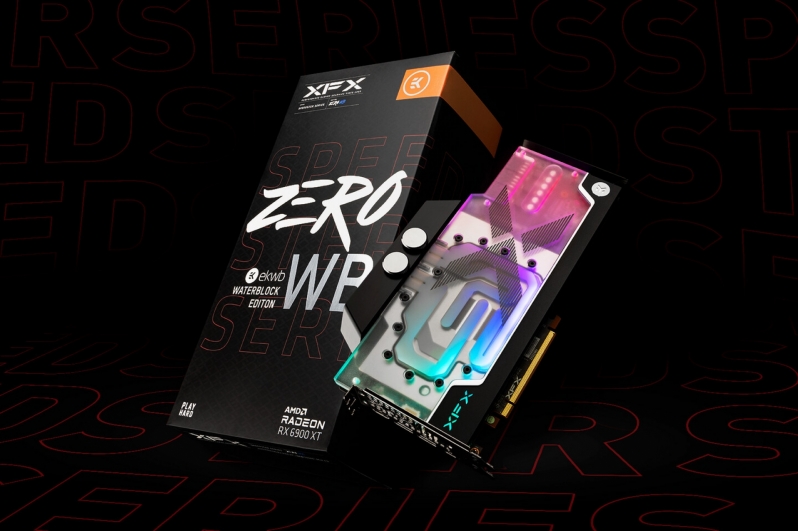 The base of the block is made of nickel-plated electrolytic copper while the top is made of see-through glass-like Acrylic. Sealing is ensured by high-quality EPDM O-Rings. The distinctive and unique water block cover is partly accented with an acrylic design, enhanced by the subtle back glow that’s adding a mystic ambiance to suit any desired gaming mood. The entire lighting is addressable, allowing for various effects through the RGB control software.

Liquid cooling allows for lower temperatures, ensuring that the card’s native GPU Boost overclocks the card to levels that are out of reach for traditional air cooling. This card boosts up to 2525MHz out of the box! All that with a prolonged lifespan due to lower temperatures and significantly less noise pollution when connected to the existing or new custom loop system. Take full advantage of the RDNA2 architecture that is powering this AMD 7nm gaming GPU. Equipped with 16GB of GDDR6 memory and featuring PCI Express 4.0 support, RDNA2 architecture is ready for all the new and upcoming games.

You can join the discussion on XFX's RX 6900XT Speedster Zero EK Water Block Edition GPU on the OC3D Forums.