EK has officially unveiled their Vector series of RTX 2000 series water blocks, moving away from the brand's EK-FC series name. According to EK, Full Cover (FC), is no longer an adequate name for their water block lineup, given the company's addition of new features such as RGB compatibility. 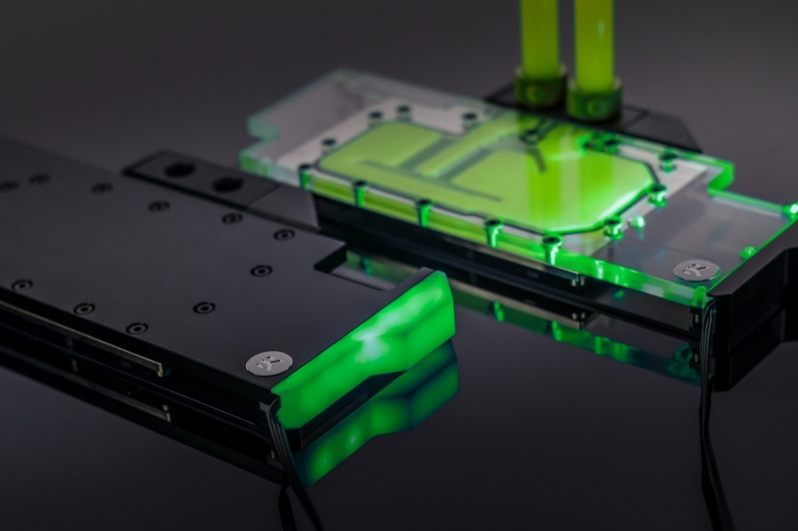 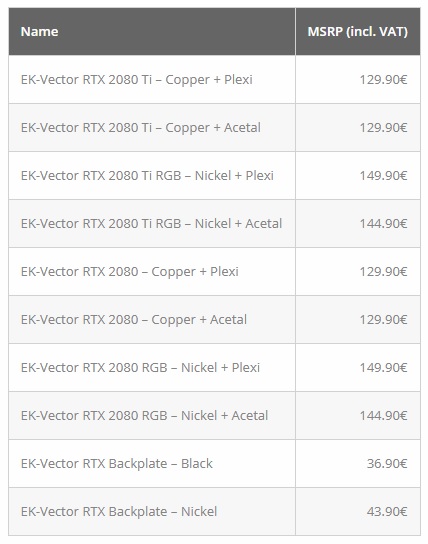 You can join the discussion on EK's EK-Vector series of RTX 2000 series water blocks on the OC3D Forums.

Warchild
As beautiful as it is.

Their pricing is getting out of hand.

I always went with nickel. Am I really forced into the RGB just to get the same nickel plated coating? I see backplates have gone up 20 also...Quote

AlienALX
I am in no way sticking up for EK but I have a feeling the 1080Ti block could be very big. Well, need a big block of copper to make contact with it. People also demand RGB now, which adds massively to the cost. A few years ago RGB LEDs were £8 each or more. I know prices have dropped now but it all just adds cost.

99% of that cost though will be the price of copper dude. It's ludicrous right now.Quote

WYP
Quote:
It sucks that things are getting so expensive... That being said, water cooling has always been a premium option. For 150 I'd want the block to ship with a backplate.Quote

AlienALX
Quote:
Yeah so would I TBH. My back plate was expensive I feel (£25) but it does come with a VRM heat pipe that connects into the coolant flow which is badass. I got my block on the cheap for £90 and was happy with that.

Whilst I can excuse the price of copper, tanking of the pound and so on the back plate is just alu and alu isn't expensive.Quote

Warchild
Quote:
Based on the design, it looks marginally bigger than the 1080ti. I assume you meant 2080ti. There is nothing different in design really except the additional side light that surrounds the ports. Something you can pay extra and add to the 1080ti block anywayQuote
Reply