Many PC builders want to display their hardware, showcase it in a way which highlights the design choices of the engineers behind it and the aesthetic touches which would bring the look of their systems to a new level. In recent years, vertical GPU mounting has allowed PC builders to showcase their graphics cards in a new way, highlighting to onlookers their GPU selection and the RGB lighting or custom water blocks that are attached to them.

EK's goal is to create a GPU mounting solution that's more secure than anything else on the market, giving users a way to securely mount their graphics cards without fear of excessive flex. For this, EK has created its EK-Loop Vertical GPU Holder, a mounting system made of 1.5mm thick steel which features a patent-pending addition which makes their design more stable than their competition.

EK's vertical GPU holder mounts to the PCIe brackets of ATX PC cases and attaches to two ATX motherboards standoffs to deliver an extra level of stability. Add this to EK's thick steel construction, and PC builders have a vertical GPU mounting solution which won't bend or flex.

This aspect is especially useful to those who are installing water blocks and fittings to systems with vertically mounted graphics cards, as this allows PC builders to securely attach their fittings and tubing in the knowledge that their graphics card is well supported. Connecting fittings and tubing to a GPU that can move is a difficult task. EK's Vertical GPU Holder solves this issue. 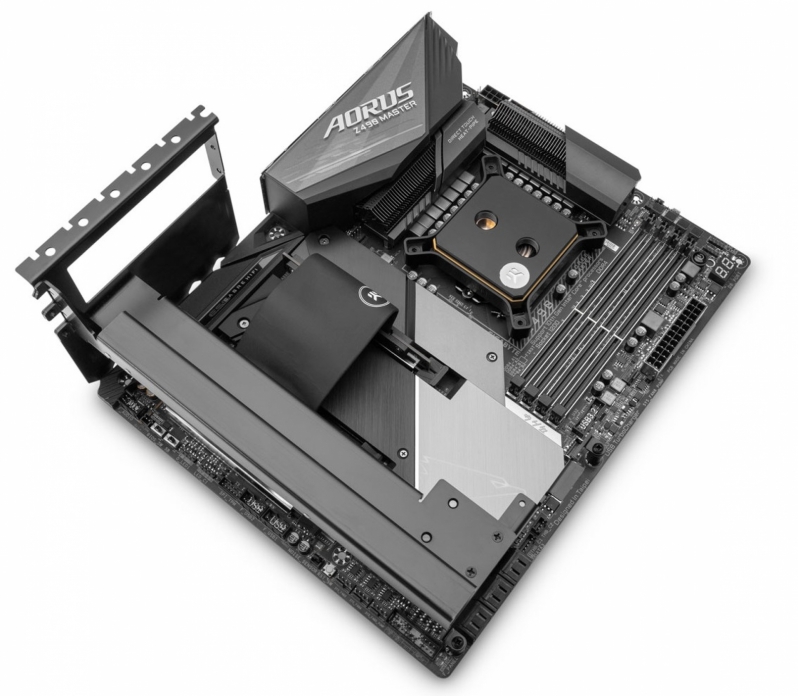 Note that this solution is only compatible with systems with open PCIe slots, rather than individual PCIe slots. EK plans to create an offset vertical GPU mounting solution for slatted cases. This product will be EK's "EK-Loop Vertical GPU Holder – Shifted". Alternatively, modders can cut off the slots between the PCIe slots of incompatible cases.

EK's shifted mounting solution is designed for those who wouldn't like to remove these PCIe slats from their case, or lack the tools to do so. EK's Vertical GPU Holder will ship with everything that you need to vertically mount your graphics card, including a 200mm long PCIe 3.0 PCIe 16x riser/extension cable.

EK's Loop Vertical GPU Holder is available today in Europe and is currently available from EK's webshop for €65.45.

You can join the discussion on EK's EK-Loop Vertical GPU Holder on the OC3D Forums. 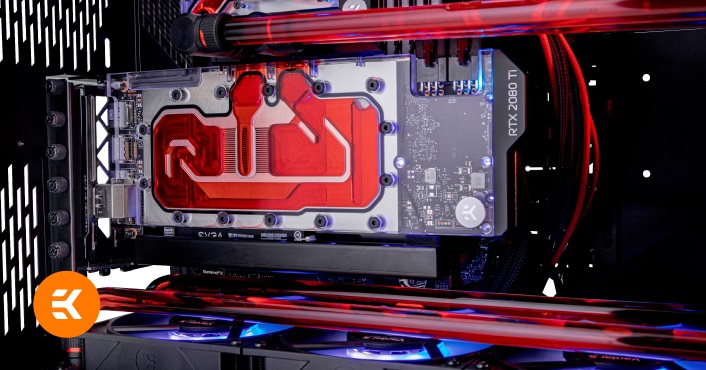