Eve's crowd-designed Spectrum displays will be the first to deliver HDMI 2.1 to the monitor market

High-end PC screens with HDMI 2.1 support for both PCs and consoles

Eve's crowd-designed Spectrum displays will be the first to deliver HDMI 2.1 to the monitor market

The monitor market is about to experience an upheaval, at least on the high-end. HDMI 2.1 is coming, and it is coming to next-generation graphics cards and next-generation consoles alike. This information was first picked up by Eurogamer's Digital Foundry writer Will Judd.

Right now, only high-end TVs support HDMI 2.1, and on the monitor market, nothing supports HDMI 2.1. On PC, DisplayPort 1.4 remains the only way to support 4K at framerates higher than 60 FPS, and none of these 4K screens currently support HDMI 2.1.

Eve Devices' Spectrum series is a range of crowd-designed monitors aim to be the first to market with both HDMI 2.1 support and DisplayPort 1.4, features which will be unique to the screen's high-end 1440p 240Hz and 4K 144Hz models, which will offer gamers LG IPS screens, VRR support and more.

Both of these HDMI 2.1 enabled models will feature AMD FreeSync Premium Pro and Nvidia G-Sync Compatible certifications, DisplayHDR 600 certifications and thin bezels on all sides. This will make the Eve Spectrum series extremely well suited for vertical monitor configurations. This thinner bezel is something that's new to Eve's Spectrum design, which has seen some positive alterations since the series was first revealed in 2019.

The first of these three Spectrum displays is their $349/€349 model, which features a resolution of 2560x1440, a refresh rate of 144Hz, DisplayHDR400 certification, and an adaptive-Sync range of 48-144Hz. This model is known as the Eve Spectrum QHD 144Hz. This is the only model in the series to lack HDMI 2.1 support. 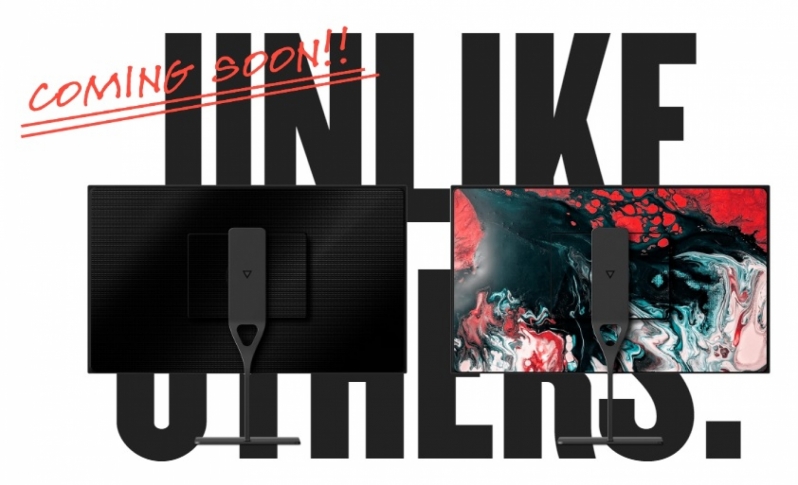 When looking at Eve's Spectrum range, it's easy to see that the range will tick a lot of boxes for gamers, offer competitive pricing, high-end specifications and an aesthetic that's well suited to gaming rooms and offices alike.

NeverBackDown
Was really hoping they announced DP 2.0 alongside this. The community has been asking forever for DP 2.0 moreso than HDMI 2.1Quote

looz
Well, Eve isn't a company I'd trust my pre-order money to.


In fact this is a Hong Kong based "spawn" of the Finnish parent company, which is in the process of being filed for bankruptcy by Finnish Tax Administration. There hasn't been much noise in English speaking media about them but there's some links if you want to test your luck with Google translate.

Reddit thread about the spotty deliveries of their previous product, a surface competitor:

NeverBackDown
Ah, you are one of those people.

They've acknowledged their mistakes and have fixed them. You can even ask them about their mistakes and they will tell you on their social media page. They aren't being shady and are not hiding it. That is also why they did not change their brand name to start a new company to get rid of the previously bad reputation. To earn trust. Also why you can preorder with only a small down payment that is fully refundable instead of outright buying the entire product.

And before you go on and say "they can claim they will refund doesn't mean they will" I can tell you they do as I've done it. No questions asked. Refunded within 24 hours.Quote

looz
Quote:
Yeah I am one of those people who suggests caution when pre-ordering, especially from companies with a bad track record at delivering.

I browsed through their website and forums and there's not a single mention of it, at least an obvious one. Also the official posters haven't posted in a while.Quote

NeverBackDown
One of those as in the people who only look at the bad instead of anything else and what they have done. Digging up random Chinese articles to prove a point.

Then you didn't even bother to check AT ALL. This article comes from their own forum posted TODAY if you follow the source.

As I said go ask them. They won't deny it. Just go to check their FB page if you are to lazy to ask yourself.Quote
Reply