EVGA lists this GPU with a price of $499

Loud Graphics cards can often be a distraction, with fan whirr and coil whine being two factors that can quickly turn an otherwise quiet system into a potential headache.

Silence is something that many people consider paramount when building a new PC, leading a lot of people towards water cooled systems and away from reference GPU designs in an effort to decrease your system's noise output. Now EVGA is tacking consumer demand for quieter hardware by creating their new FTW Ultra Silent sub-brand, launching a new GTX 1070 Ti model with an extra-large cooler design.

The GTX 1070 Ti FTW Ultra Silent comes with a custom PCB and a cooler that is taller and thicker than EVGA's more basic GTX 1070 Ti designs, offering a 2.5-slot cooler design and a more substantial aluminium fin-stack to provide more surface area for heat dissipation. This will allow EVGA to spin their fans at lower speeds while this GPU is under load, delivering more moderate levels of noise output when under sustained loads. 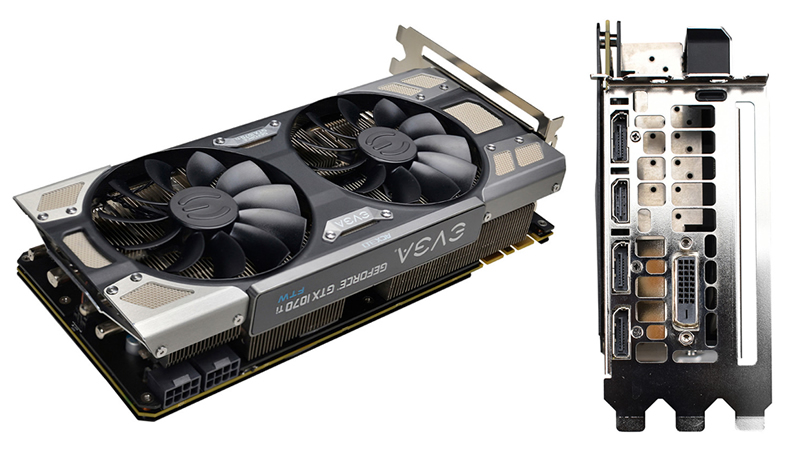 Like all GTX 1070 Ti GPUs, EVGA will ship this model with Nvidia's reference clock speeds of 1607MHz base and 1683MHz boost on the core, with 8GHz GDDR5 memory.

You can join the discussion on EVGA's GTX 1070 Ti FTW Ultra Silent on the OC3D Forums.

Warchild
Quote:
Its also pointless with the limitations from Nvidia. Its basically

Dicehunter
Quote:
It's the same with AMD, It's why I usually only ever buy reference cards and stick an AIO onto them.Quote

Warchild
Quote:
Yep, and blow coolers are still the best for SLI/Crossfire for those who splash the cash.Quote