EVGA reveals the potential cable nightmare that is the PCIe 5.0 power connector

Cable adaptors are going to be a nightmare for 16-pin PCIe 5.0 cables

With a single 16-pin PCIe 50. power connector, a single cable can be used to deliver a staggering 600 watts of power. That's four times more than an 8-pin PCIe power cable. That's great news for future systems, as this new power solution will cut down on cable clutter and streamline PC building. That said, it will bring with it a world of hurt for owners of PSUs that do not support 16-pin PCIe 5.0 power cables.

The good news is that most PC gamers are not investing in a multi-GPU setup. SLI and Crossfire are not supported in most modern games or on most modern graphics cards. As it stands, multi-GPU gaming is effectively dead. So nobody should be pairing together graphics cards like this outside of high-end overclocking/benchmarking circles. Even so, even a single RTX 3090 Ti KINGPIN can be connected to six 8-pin PCIe power cables when using adaptors. Even that is crazy. 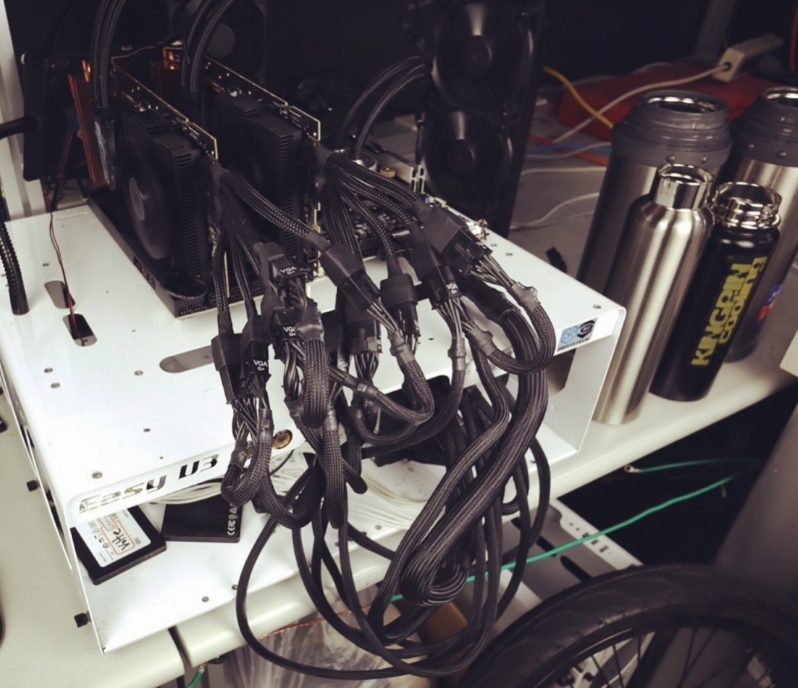 With current-generation and next-generation graphics cards asking more from our power supplies, the PCIe 5.0 16-pin cable is a necessary evil. The PC industry needs a single cable solution that can provide users with huge amounts of power. Since today's PSUs are built using aging power standards, most PC builders will either need to use unsightly adaptor cables or purchase a new power supply to use a high-end graphics card that uses a 16-pin PCIe 5.0 power cables.

You can join the discussion on EVGA's cable management nightmare on the OC3D Forums.

Gambit2K
If nVidia and AMD where to go back to the SLI and crossfire route again the custom cable business would really boom hehe. Or the every company that makes PSU's would sell out all models that have the new connectors.Quote

Kaapstad
EVGA could just go back to making sensible cards.

Yes I am sure it is possible to get the card to draw more than 750W but it is unlikely to transform into usable performance.

Wait, don't EVGA make PSUs, would this be a good time for them to introduce a 3 into 1 cable that plugs straight into the power supply.

EVGA have not been very good of late and the above looks like another failure.Quote

AlienALX
They make so few of these that it doesn't matter tbh.

If you buy it for its intended use it's amazing.Quote
Reply