EVGA's new flagship has access to insane amounts of power

EVGA's RTX 3090 Ti will reportedly feature a similar MSRP as its RTX 3090 counterpart, arriving with a moderate price increase. The graphics card is said to feature a similar 360mm AIO liquid cooling solution, and require a new Hydro Copper water block design. The GPU is said to be launching in March 2022 at the earliest, with EVGA's existing RTX 3090 KINGPIN being discontinued after the RTX 3090 Ti's launch.

Nvidia is expected to reveal new graphics cards at CES 2022, which may include their long-rumoured RTX 3090 Ti. 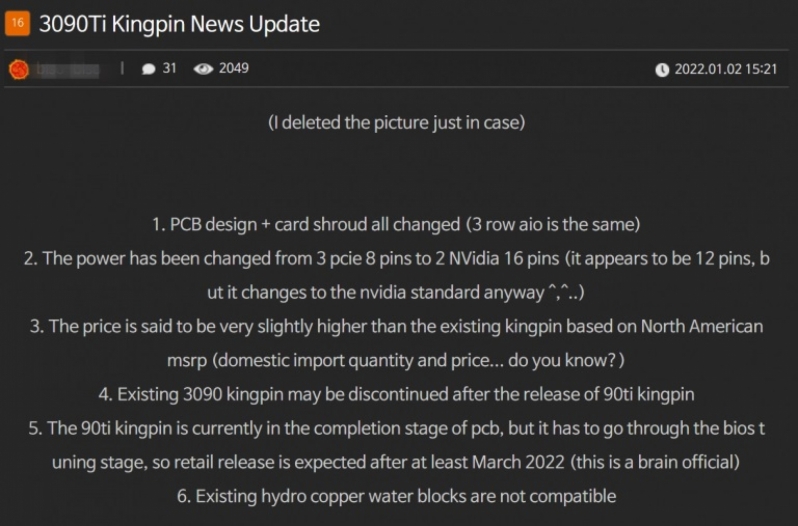 You can join the discussion on EVGA's rumoured RTX 3090 Ti KINGPIN graphics card on the OC3D Forums.