These new Hydro Copper series RTX graphics cards from EVGA will feature two designs, first, the company's Hydro Copper XC, which appears to use a reference-style PCB layout, and the company's larger Hydro Copper FTW3, which seems to make use of the same PCB as EVGA's RTX 2080/2080 Ti FTW3 series models. 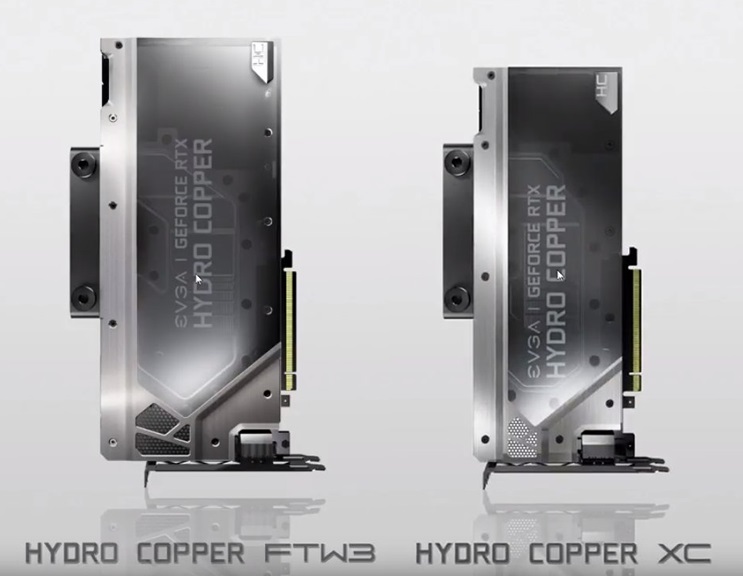 You can join the discussion on EVGA's Hydro Copper RTX series graphics cards on the OC3D Forums.

AlienALX
Those are lovely. I think this is probably the first launch ever where if I was buying I would consider one of these.Quote

NeverBackDown
Looks really good. I wonder if the backplate will look as good. Don't want to ruin a sexy card with a bad backplateQuote
Reply