With these upgrades, Nvidia's RTX 3080 12GB should offer users a moderate performance boost over its predecessor.. That said, Nvidia's use of a 10GB frame buffer on the original graphics card was a major point of criticism for the company, as some games can already use more than 10GB of VRAM when running at 4K resolutions. Examples of this include DOOM Eternal and Far Cry 6 (with its High Resolution Texture pack).

Aesthetically, EVGA's new 12GB RTX 3080 model appears to use the same PCB and heatsink design as its predecessor, albeit with 2GB of additional VRAM soldered on its mainboard. This makes a lot of sense, as Nvidia's RTX 3080 12GB is a simple RTX 3080 refresh. There is no reason for EVGA to make radical changes to their design. 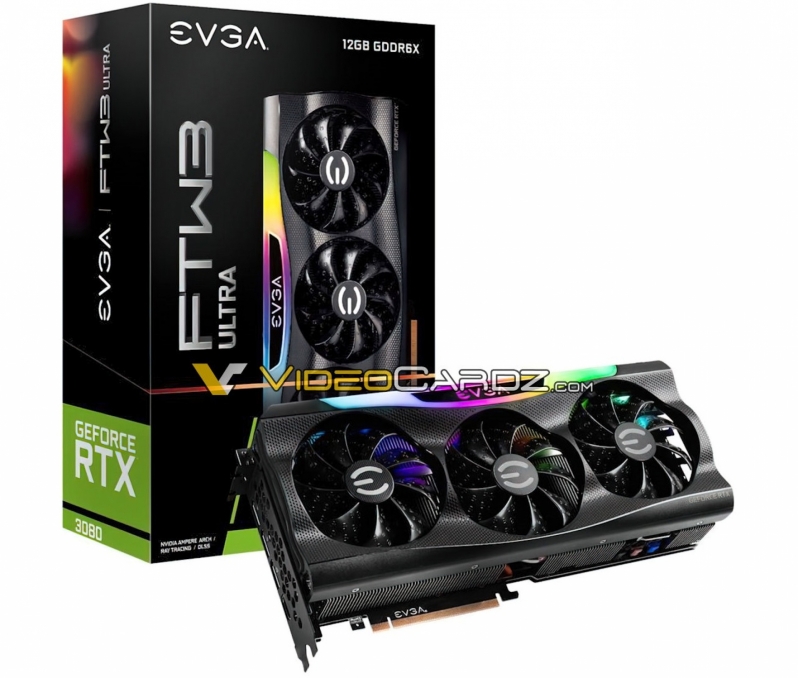 At this time, Nvidia has not revealed their RTX 3080 12 GB graphics card. Currently, the pricing of this new GPU is unknown, though various sources have reported that the GPU is launching today with immediate availability. As for reviews, Videocardz has reported that the RTX 3080 12GB's review embargo lifts at the same time as pre-orders become available, with Nvidia failing to provide reviewers with pre-launch drivers for testing.

By failing to reveal this graphics card at CES and failing to provide reviewers with pre-launch drivers, Nvidia has clearly attempted to minimise discussion about their RTX 3080 12GB. That said, given this GPU's likelihood to deliver a minimal performance upgrade over the RTX 3080 and a hefty increase in its MSRP pricing, we can see why Nvidia does not want to talk about it.

You can join the discussion on EVGA's RTX 3080 12GB FTW3 Ultra graphics card on the OC3D Forums.