This is the RTX 4090 that EVGA could have launched

In mid-September, EVGA confirmed that they had ended their relationship with Nvidia and had exited the GPU market as a result (More information here). As a result of this, EVGA would never release any Nvidia RTX 40 series graphics cards, despite the fact that the company had already completed the design work necessary to release RTX 4090 series graphics cards.

The tech YouTuber JayTwoCents has managed to get his hands on one of EVGA's RTX 4090 FTW prototypes, allowing him to showcase a graphics card that may have otherwise never been shown to the public. Sadly, this graphics card never entered production, and EVGA has no plans to release any new graphics cards in the future. 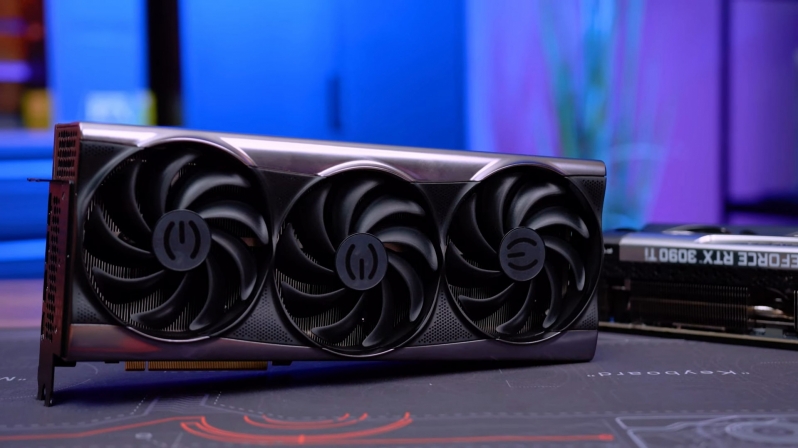 As you can see above, [email protected] RTX 4090 FTW prototype features a triple-fan heatsink that looks similar to EVGA's other FTW series coolers. The graphics card features a full-cover backplate, uses a 16-pin 12VHPWR connector for power and has "Next Gen Graphics" written on the GPU as a placeholder for Nvidia's RTX 4090 product name. 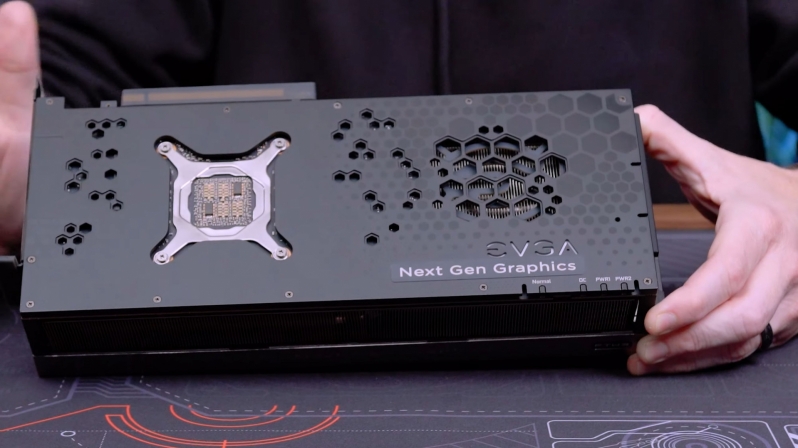 Unlike other RTX 4090 products, EVGA's 12VHPWR connector is place at the rear of the company's RTX 4090 FTW design, a clever move that effectively decreases the height of their RTX 4090 FTW. Other GPUs have their power connectors on their side, creating issues of clearance when large RTX 4090 graphics cards are used with most mid-tower PC cases.

While EVGA's 12VHPWR cable placement adds additional length to their design when power is connected, it is worth noting that EVGA's RTX 4090 FTW prototype is shorter than most competing RTX 4090 series graphics cards. 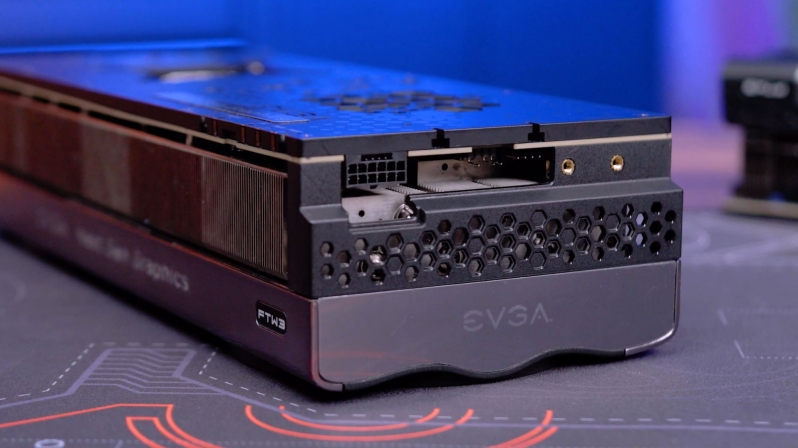 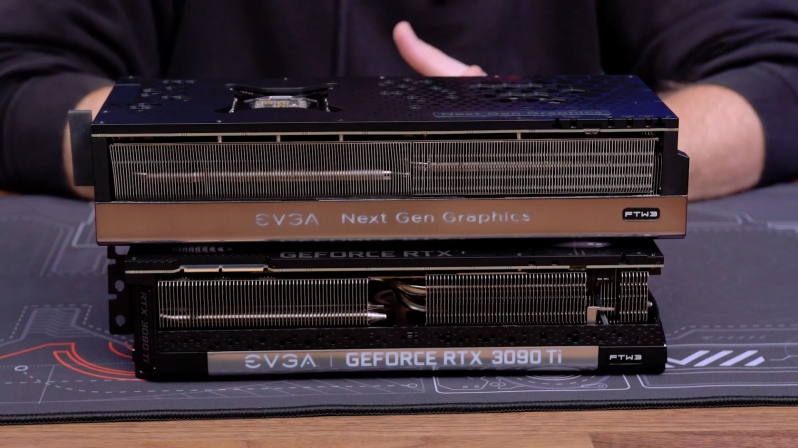 JayTwoCents managed to overclock EVGA's RTX 4090 prototype to over 3GHz with relative ease, signalling that the graphics card's heatsink was more than capable of handling a beefy RTX 4090 overclock. Yes, this means that EVGA's Precision X overclocking software does support Nvidia's RTX 4090 series, despite the fact that EVGA doesn't plan to release RTX 40 series products. 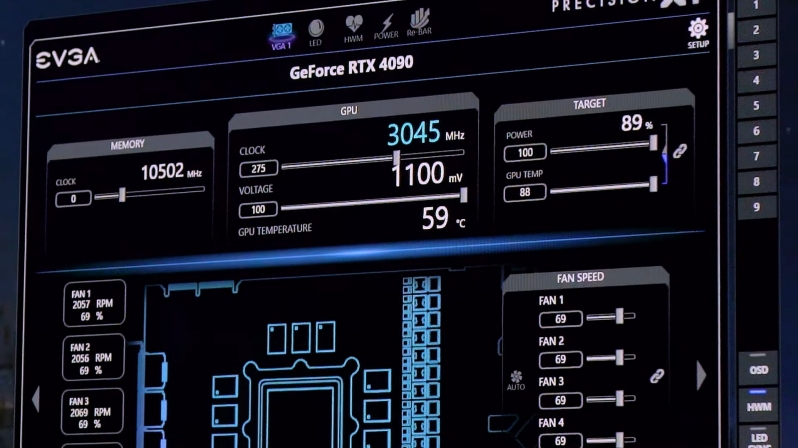 While EVGA had good reasons to cut their ties with Nvidia, it is a shame their their RTX 40 series GPU designs will now never make it to market. EVGA's RTX 4090 FTW prototype shows that EVGA had a solid design that was almost ready for production, but sadly, their souring relationship with Nvidia prevented the launch of any future RTX series products.

You can join the discussion on EVGA's RTX4090 FTW GPU prototype on the OC3D Forums.

Warchild
the placement of the Power connector is the most logic card I have seen to date. Why is it so hard for others to follow suit?

Not to mentioned the current dilemma of "bent connection" potential burning out.Quote

Warchild
Quote:
Well Nvidia FE PCB is built different, they dont have much option as technically its in the corner of the PCB, but not a single person thinks its placement in the middle of the cooler is convenient in the slightest.

I'm referring more towards AIB manufacturers that could adopt this location. better yet, put it on the rear at the opposite side.Quote
Reply