Galax has listed several new RTX 3080 and RTX 3070 graphics cards on their website, all of which feature Nvidia's new Geforce RTX 30 LHR silicon. According to Galax's listing, LHR stands for "Lower Hash Rate", with each graphics card offering half roughly half the Ethereum mining hash rate or non LHR RTX 30 series silicon.

On their Chinese website, Galax has listed eight FG graphics cards, all of which feature LHR silicon. While Galax has not revealed what FG means, "For Gamers" seems like suitable marketing.

At this time, it is unknown when these new LHR gaming GPUs will make their way onto the consumer market, and when Nvidia's other AIB partners will launch anti-Ethereum RTX 30-series models. 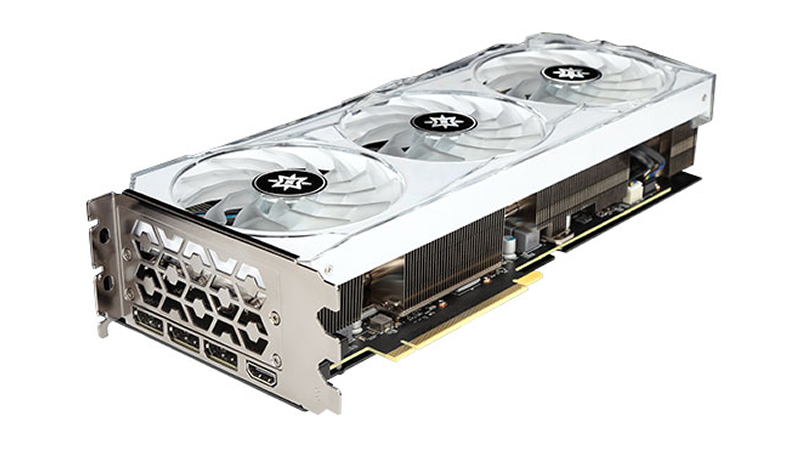 While many gamers want to see cryptocurrency mining eliminated, many PC users see Nvidia's hash limiter as a bad thing. A removed feature is a removed feature, and Nvidia's Hash Limiter could be seen as a cash grab from Nvidia, who plan on selling dedicated cryptocurrency mining products to miners at premium prices. Nvidia has removed a feature from their gaming products to sell it as a premium product. Let's be clear here, that's what Nvidia's CMP lineup is all about.

Optics aside, Nvidia are committed to adding a hash limiter to their Geforce products. While this will have positive side effects for the pure gaming market, it removes a valuable feature from Nvidia's Geforce product stack. Whether or not this is a good thing is a topic that's up for debate.

You can join the discussion on Galax's LHR RTX 3080 and RTX 3070 graphics cards on the OC3D Forums.

Dicehunter
Would be interesting to see how they are lowering the mining perf and if it at all lowers gaming perf.Quote

queeg
surely they wouldnt ,,,would theyQuote

WYP
Quote:
Cryptocurrency mining has a specific hardware utilisation profile and that can be tracked by Nvidia so that their BIOS and Drivers can then work to limit performance.

Ethereum mining is a workload that is limited by very specific factors, like memory bandwidth. I bet that Nvidia is just lowering the memory clock speeds of their GPUs when Ethereum mining is detected. Hash rates scale fairly linearly with memory bandwidth, and that is why mining "optimisation" involves cranking memory clocks and lowering core clock speeds/power use.

Nvidia won't reveal the exact mechanism behind this, as it would help people circumvent the lock. Gaming-wise, nothing should change. Mining has very specific performance characteristics, and no game would work similarly to that.Quote

NeverBackDown
Alternatively they could use their AI/ML prowess and train their cards to detect mining workloads miners use and then in firmware tell the cards when detected to artificially stop running the GPU. Would be harder to crack firmware than a driver.

Take a step further and make it cause screen flickering and by turning off display ports too. Make it an inconvenience to mine.Quote
Reply