Nvidia's Reviving its RTX 2060 - Gigabyte has basically confirmed it

Neither AMD nor Nvidia can build enough graphics cards to keep up with demand. Gamers and creators are demanding new graphics cards to handle the latest workloads, with the launch of a new console generation and the onset of AI accelerated computing driving more demand than ever for consumer GPUs.

Rumour has it that Nvidia plans to resurrect its last-generation RTX 2060 graphics card to help increase its supply of graphics cards, upgrading it with 12GB of memory to better handle modern workloads. 6GB is no longer enough VRAM for high-end gaming, and while some analysts will call 12GB overkill or unnecessary, it is the right amount of VRAM for this graphics card while retaining its 192-bit memory bus size.

Thanks to @momomo_us on Twitter, we have gotten a look at a new EEC (Eurasian Economic Commission) listing that features several 12GB RTX 2060 graphics card models from Gigabyte. This validates rumours of an RTX 2060 12GB revival.

While Nvidia's RTX 2060 is a last-generation product, it remains competitive within today's GPU market. It supports all DirectX 12 Ultimate features, Nvidia's DLSS technology and can sit under Nvidia's RTX 3060 to give the PC market a lower cost RTX product offering. The only problem with re-releasing the RTX 2060 is its 6GB frame buffer.

While Nvidia could create a graphics card like their RTX 2060 Super with 8GB of VRAM, doing so would build a GPU with a 256-bit memory bus, giving Nvidia's revived RTX 2060 more memory bandwidth than an RTX 3060, which features 12GB of memory on a 192-bit memory bus. 6GB of VRAM is not enough for modern gaming workloads, especially at high/ultra quality settings. Using 12GB of GDDR6 memory on an RTX 2060 is an ideal solution for Nvidia, as it negates their 6GB frame buffer issues while keeping their RTX 2060 firmly below their RTX 3060 in terms of performance in all workloads.

Without a revived RTX 2060, Nvidia would need an RTX 3050 Ti, a graphics card that would use Samsung's 8nm lithography. Such a decision would take away 8nm wafers from Nvidia's other GPU designs, doing little to reduce Nvidia's supply issues. Recreating their RTX 2060 with a 12GB frame buffer is a clever move from Nvidia. As said previously, this move has no downsides. In today's GPU market, Nvidia's RTX 2060 12GB graphics card will sell well. 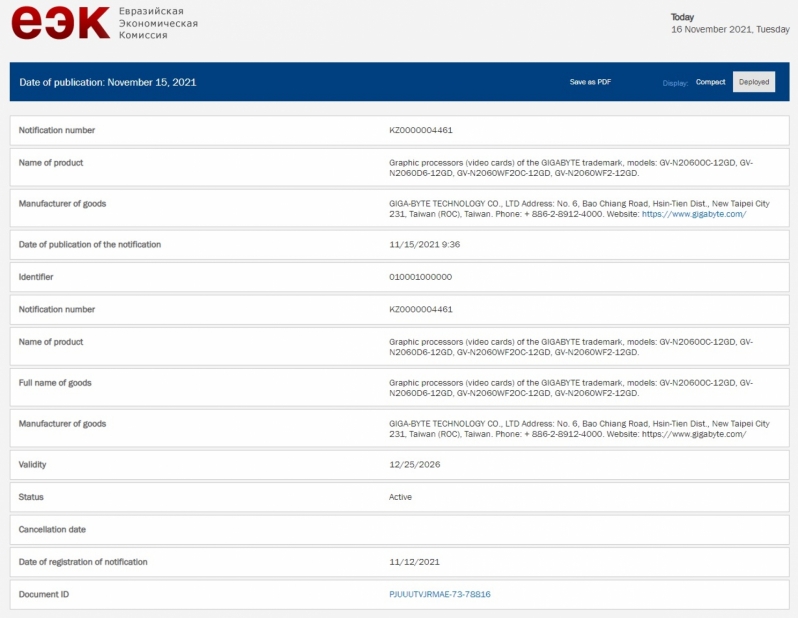 Intel plans to enter the discrete GPU market in early 2022, and AMD likely has plans to launch an RX 6500 series graphics card during the same timeframe. With their revived RTX 2060, Nvidia can counter both Intel and AMD within the mid-range GPU market without creating a wholly new product or impacting the production of their existing RTX 30 series GPU models.

Nvidia's RTX 2060 is still a good product in 2021, and relaunching it can reduce the supply constraints on the GPU market. Let's hope that Nvidia can produce enough of these GPUs to bring a little normalcy back to the GPU market.

You can join the discussion on Gigabyte EEC listings confirming 12GB RTX 2060 GPUs on the OC3D Forums. 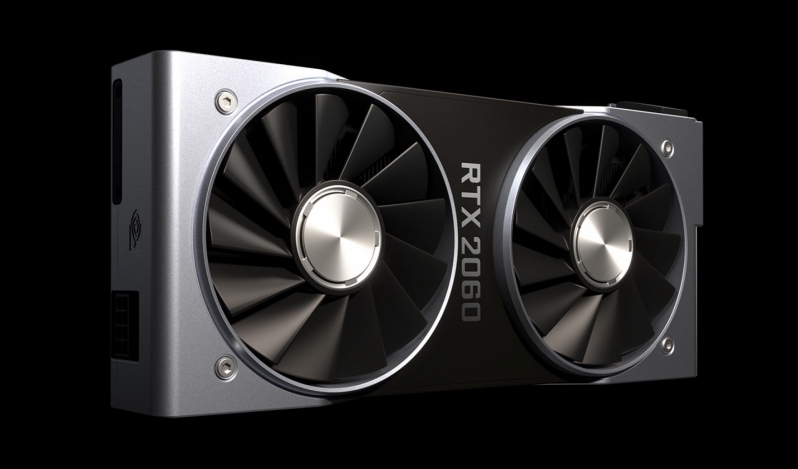 demonking
Cool that they're doing this as a 2060 is still a pretty respectable gpu
Bad that it's got 12gb of ram. It's going to put a premium on the cost and in what world do you need this much vram on a 2060?
They should have left it at 6gb, targeted 1080p and undercut everyone else
But I suppose in this market you can do whatever you want and it'll still sell as what choice do we have, wait until some unspecified time for supply to get better and the pricing be brought back down to a reasonable price? Pricing will never go back down now and supply, well who knows if it'll ever get any betterQuote
Reply