Thanks to a new EEC listing form Gigabyte, the company has confirmed the existence of eight upcoming RTX 4070 Ti models, graphics cards that are likely to launch in early 2023.

Nvidia's RTX 4070 Ti is rumoured to be Nvidia's replacement for their axed RTX 4080 12GB model, offering users the same specification but with a more suitable brand name and, hopefully, a lower asking price. 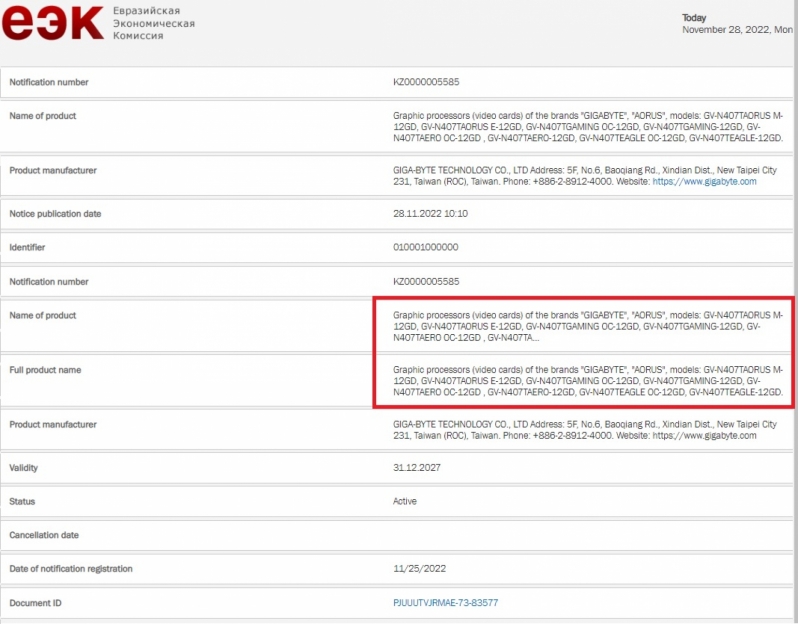 You can join the discussion on Gigabyte's eight Nvidia RTX 4070 Ti GPU models on the OC3D Forums.