The Aorus FV43U is what many people would define as an ideal gaming screen, supporting Variable Refresh Rates at 4K on an HDR-compatible display. Some reports have claimed that this screen will also support HDMI 2.1, making this display ideal for both PC and console gaming.

Gigabyte revealed their 4K behemoth at a Vietnamese event, as covered by Videocardz, who has found the screen at several Asian retailers. Gigabyte is expected to officially reveal their large format 4K gaming monitor in the near future, alongside the display's full specifications and input options.

With a 10-bit Quantum Dot panel, coverage of 97% of the DCI-P3 colour space and a DisplayHDR1000 certification, Gigabyte's Aorus FV43U will be a monster gaming screen. The display currently has an expected price of 168,000 Yen in Japan and 34,990,000 Vietnamese dollars in Vietnam. When converted to US dollars, this prices Gigabyte's large gaming monitor at over $1,500 in the US.

Given this screen's expected release timeframe, we expect Gigabyte to launch their  Aorus FV43U monitor with both DisplayPort 1.4 and HDMI 2.1 input options. This would allow the monitor to appeal to both PC and console gamers, supporting high refresh rate gaming at 4K on all of the latest gaming platforms. Failing to release this display with HDMI 2.1 would greatly diminish the appeals of this monitor for multi-platform gamers.

We expect to hear more about this upcoming Aorus monitor soon. 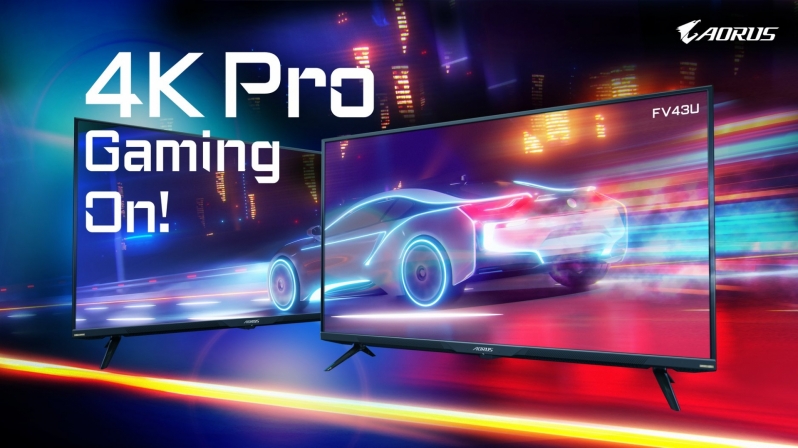 You can join the discussion on Gigabyte's 43-inch Aorus FV43U 4K Pro Gaming Monitor on the OC3D Forums. 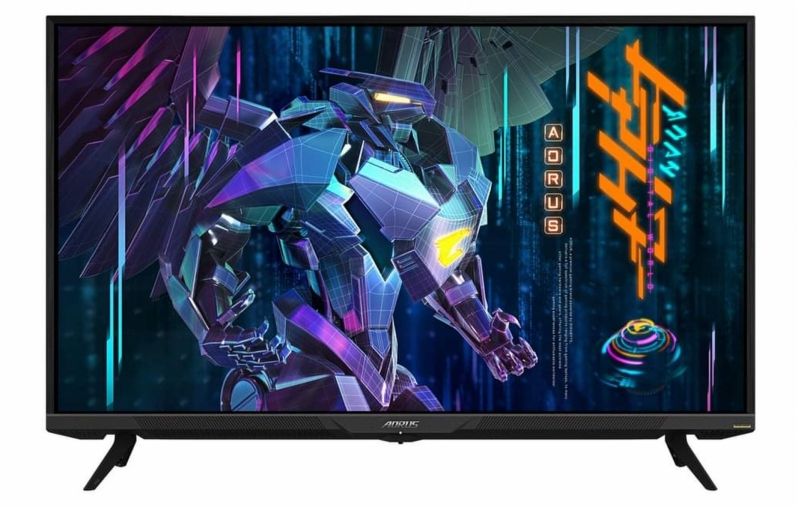 demonking
I tried gaming on a 42" 4k before, had to sit 3 feet away from the thing to actually be able to use it and even that was too much really.
Nice TV though would be great with controllers or a lapdog on a sofaQuote

I have been considering going 4k 32 inch, but i cannot, will not go back to 60hz, the smoothness of +100hz on the desktop alone is reason enough to not go back.Quote

Bartacus
Quote:
I have seen "my" version of that holy grail, but it's like $3500CDN here, LOL! I own like 7 monitors, and the Asus ROG Swift PG35VQ 35" is "on paper" my perfect display. [email protected] with HDR10 in a 35 inch ultrawide. After using a 4K monitor, I find that resolution utterly useless. 4K is uber hard on the hardware, and you really don't get much if anything in return. I find 3440x1440 to be perfect for my needs, and much more practical.Quote

Dark NighT
Quote:
I can't deal with superwide screens, if they are that wide then i want the height to match the ratio, which won't work in my brain!

Also perfectly willing to run 2560x1440 on a 4k for some games, its totally fine, but that res on a 32inch screen is not enough pixels for general use.Quote
Reply