Gigabyte has officially revealed their RTX 3060 GPU lineup, revealing four new models while confirming that additional models are in the works. All of these new graphics cards will feature 12GB of GDDR6 memory, a generous allocation of VRAM given Nvidia's decision to launch its RTX 3070 with 8GB of memory and their RTX 3080 with 10GB of memory.

With its efficient, high-performance architecture and the second generation of NVIDIA RTX, the GeForce RTX 3060 brings amazing hardware ray-tracing capabilities and support for NVIDIA DLSS and other technologies.

Like all RTX 30 Series GPUs, the RTX 3060 supports the trifecta of GeForce gaming innovations: NVIDIA DLSS, NVIDIA Reflex and NVIDIA Broadcast, which accelerate performance and enhance image quality. Together with real-time ray tracing, these technologies are the foundation of the GeForce gaming platform, which brings unparalleled performance and features to games and gamers everywhere. 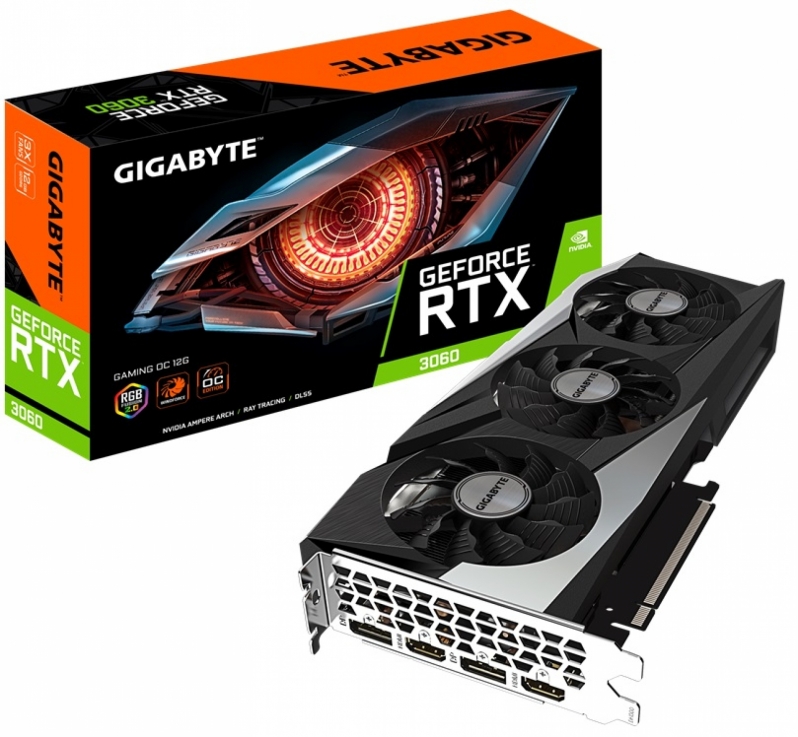 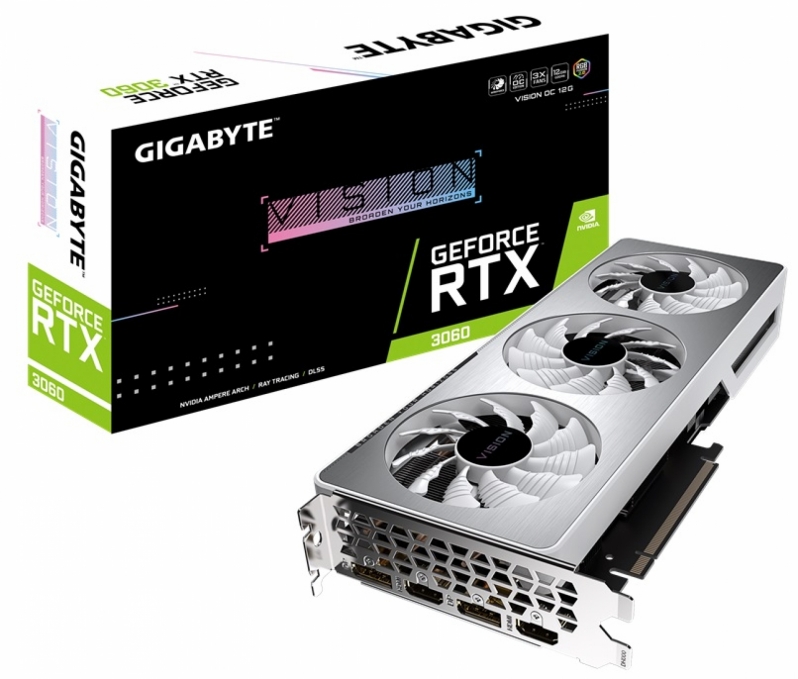 The VISION OC series is exquisitely designed for content creators. Instead of the black and gray often used by mainstream gaming graphics cards, it adopts a more elegant silver and white, with the simple lines for embellishment. The VISION OC is very suitable to rig up an all-white PC aesthetic and offers users another choice for their graphics card. In addition, the thermal design, components, and performance are just as good as GAMING OC, thereby ensuring users can not only appreciate the aesthetics but also enjoy powerful performance and stable cooling. 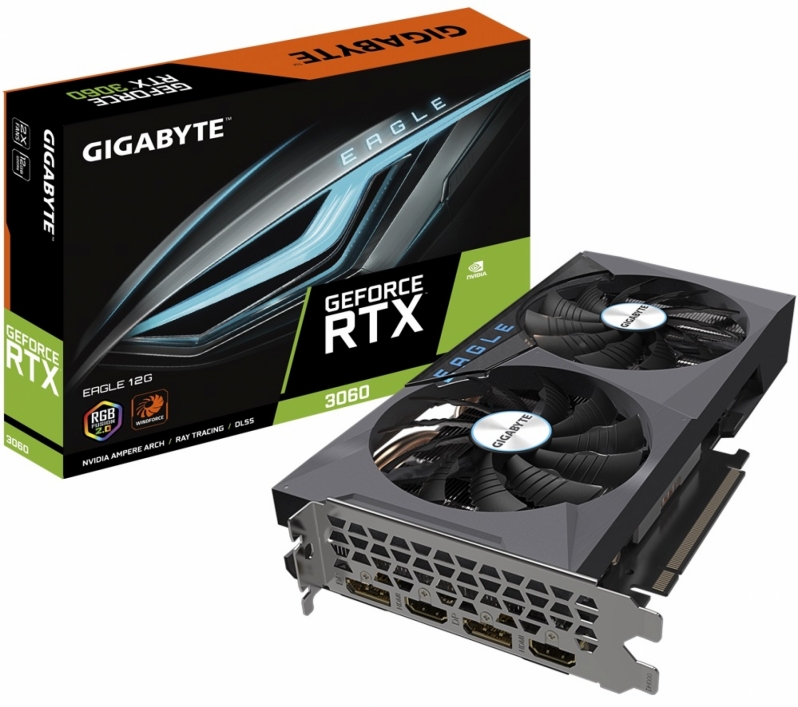 Gigabyte's Eagle series is the company's baseline custom GPU product line, offering users a more minimalist design with relatively little RGB lighting and a cooling solution that is less advanced than the RTX 3060 Gaming OC. That said, Gigabyte's other RTX 30 series  Eagle GPUs have proven to be highly capable products, despite their cost-optimised design. With the RTX 3060 Eagle, Gigabyte may have another budget performer on their hands.

It’s the best dual fan solution for users. GIGABYTE WINDFORCE 2X cooling technology features two 100mm unique blade fans, Ultra-Durable components, graphene nano lubricant, and Screen cooling, so the graphics card can get the best heat dissipation and computing performance. EAGLE OC and EAGLE are the best choices for gamers who prioritize personalization. The aesthetic is inspired by space science-fiction elements with mechanical materials, a transparent cover, and a bright logo on the card, thereby allowing the user to express themselves uniquely. There is an RGB light on the side, allowing users to adjust the color of the lights and various effects through RGB fusion 2.0, and synchronize with other AORUS devices.

GIGABYTE graphics card uses the multi-phase power supply design to allow the MOSFET to operate at a lower temperature, and over-temperature protection design and load balancing for each MOSFET, plus the Ultra Durable certified chokes and capacitors, to provide excellent performance and longer system life. The back plate not only strengthens the overall structure but also prevents the PCB from bending or falling parts.

Gigabyte's RTX 3060 graphics cards are due to release in late February.

You can join the discussion on Gigabyte's RTX 3060 GPU lineup on the OC3D Forums.