I wonder how much these will cost...

With the RTX 20 series, Nvidia has relegated their Multi-GPU technology into the realms of the absurdly wealthy, selling their standard NVLink bridges for £75 in the UK while making the technology to RTX 2080 and RTX 2080 Ti tier graphics cards, both of which cost over £700 each.

Last-generation, Nvidia removed SLI support from all GPUs that were GTX 1060-class or lower, but with the RTX 20 series, everything under a Geforce RTX 2080 lacks SLI support.

The latest Nvidia AIB partner to jump on the NVLink train is GIgabyte, revealing their AORUS series NVLink bridges with both 3-slot and 4-slot models, both of which offer different design features, unlike their ASUS and EVGA counterparts, which appear to be almost identical.

Nvidia's NVLink connection is designed to offer 40GB/s of bandwidth between graphics cards, moving well beyond the capabilities of traditional SLI bridge, even their double bandwidth HB bridge models. Nvidia's top-tier SLI bridges supported up to 4K 60Hz resolutions, whereas NVLink has enough bandwidth for 8K HDR resolutions and more. 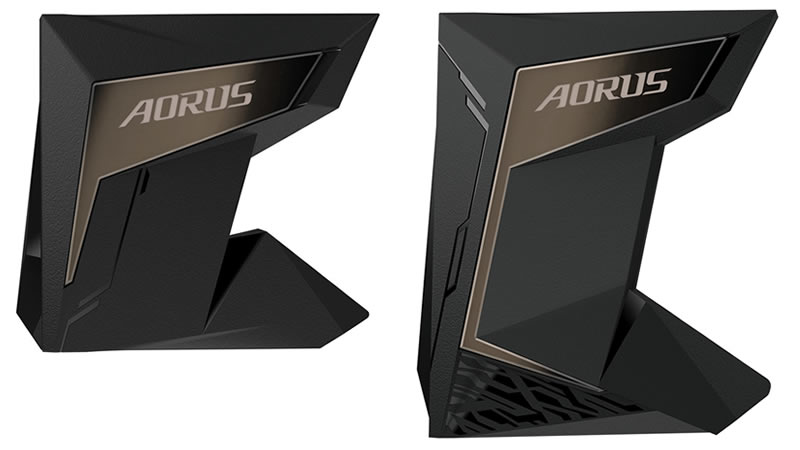 At this time the pricing of Gigabyte's Aorus NVLink bridges is unknown, though they are expected to ship with a similar price tag to Nvidia's own-brand NVLink Bridge models. ASUS and EVGA have already revealed their custom NVLink connectors.

You can join the discussion on Gigabyte's custom Aorus NVLink bridge designs on the OC3D Forums.

Warchild
Much better than ASUS and EVGA. This one is quite tasteful in comparison.Quote

WillSK
Quote:
Completely agree. The other 2 are way too garish imoQuote
Reply