More power for the Aorus Master?

Thanks to @momomo-us, we have been informed of a new version of Gigabyte's Aorus Master RTX 3080 graphics card, a new design which makes the GPU a lot more like its RTX 3080 Aorus Extreme counterpart in design.

This new 2.0 design for Gigabyte's Aorus Master features three 8-pin PCIe power connectors instead of two, potentially allowing the graphics card to take in more power. That said, the graphics card's baseline specifications remain mostly the same as its original 1.0 incarnation. Clock speeds remain identical across both models, though the graphics card's latest version now recommends an 850W power supply instead of a 750W PSU.

With brands like EVGA already offering BIOS updates to increase the power limits of their more mainstream RTX 30 series graphics cards, like their 450W BIOS update for their RTX 3080 FTW, it makes sense for Gigabyte to offer similar options to their users. That said, Gigabyte's original Aorus Master's power configuration did not allow for this, creating the need for this new revision.

Gigabyte appears to be responding to their competitors by offering a higher power limit on new Aorus Master RTX 3080 graphics cards. 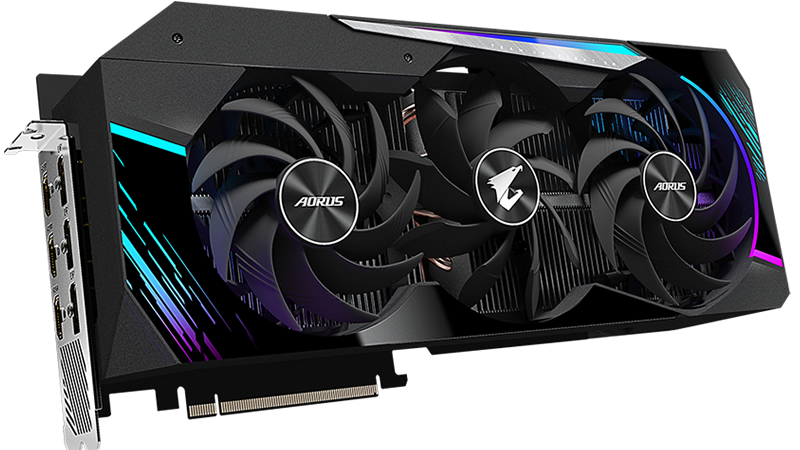 You can join the discussion on Gigabyte's revised RTX 3080 Aorus Master graphics cards on the OC3D Forums.