Hot on the heels of rumours of Nvidia's 5GB GTX 1060 GPU, images have emerged for what is allegedly Gigabyte's custom GPU variant. This graphics card appears to be using the same PCB and heatsink design as the company's existing GTX 1060 6GB Windforce models, with the only difference being the GPU's lower VRAM capacity and its smaller memory bus.

The GTX 1060 5GB will feature a 160-bit memory bus and 8008 MHz memory speeds to deliver 160GB/s of memory bandwidth. This smaller memory bus gives this GPU 32GB/s less memory bandwidth than the GPU's 6GB variant, though clock speeds are said to be identical, with base/boost clock speeds of 1582/1797MHz in OC Mode and 1556.1771 MHz in Gaming Mode.

These leaked images of Gigabyte's GTX 1060 5GB are identical to existing pictures of the card's 6GB variant, making the legitimacy of these leaks dubious. That being said, it would be wasted effort for Gigabyte to create new stock images for this new GPU variant, given the fact that is nigh identical to their existing 6GB version. We are not saying that these rumours are false, just that they could be easily fabricated. 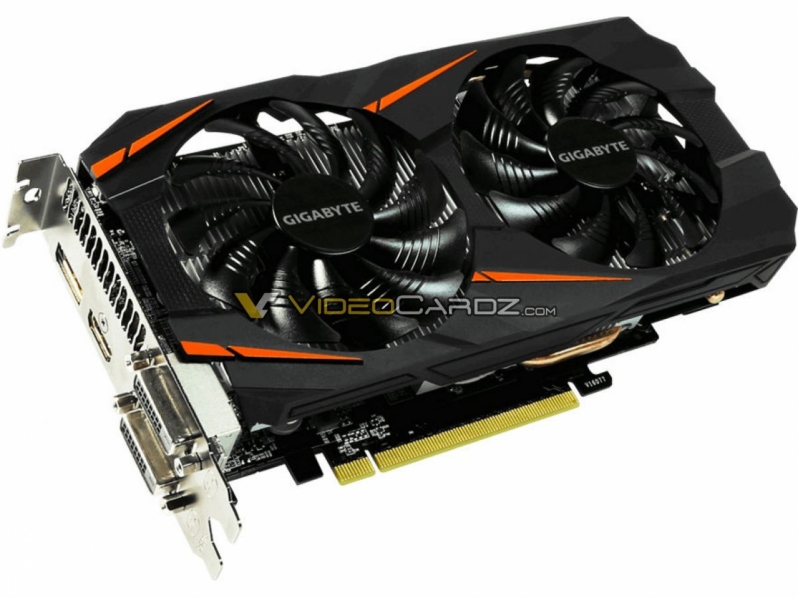 You can join the discussion on Gigabyte's leaked GTX 1060 5GB Windforce OC GPU on the OC3D Forums.

Wraith
Aren't these aimed at the Chinese market only? Still I'm a little confused by their introduction, other than NVIDIA has a load of spare silicon lying around.Quote

Eddie long
your not the only one a little confused , but they did say there were going to be cheaper for that market ,, i suppose it depends how cheap there going to make them and what else they are going to de-tune on themQuote

It is understandable why the Cafe's don't want 3GB cards, given their small frame buffers and their desire to economise. this is almost the GTX 1060 6GB's GTX 1070 Ti, offering similar performance but a lot less memory bandwidth.Quote
Reply