Have you ever seen a graphics card this huge?

Measuring in at 358.5mm wide, 162.8mm tall, and 75.1mm thick, Gigabyte's RTX 4090 Aorus Master graphics card is easily the largest graphics card that the company has ever produced. It dwarfs all of their other GPU designs, even their already huge RTX 3090 Ti models. Just look at this graphics card's PCIe bracket and you should see how massive this graphics card is when compared to other modern GPUs. 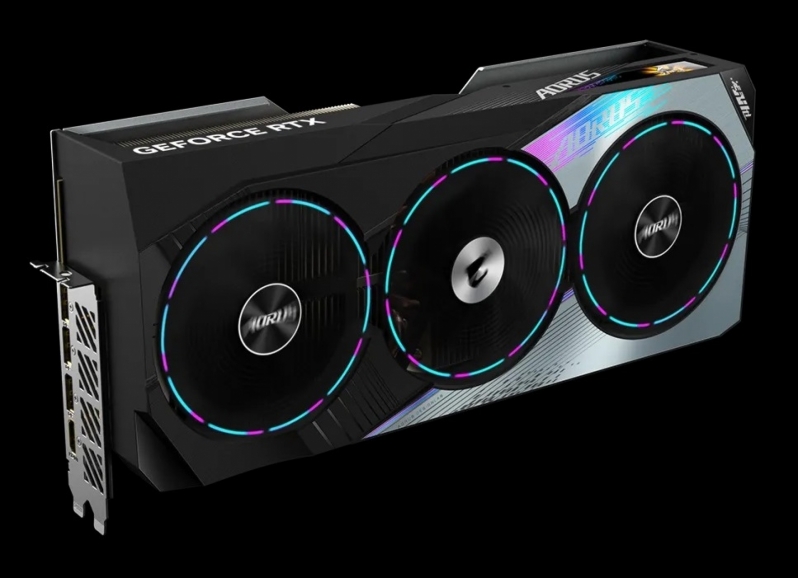 The three fans on Gigabyte's Aorus RTX 4090 Master are 110mm in diameter, making them larger than the fans that are included with other graphics cards. These fans are Gigabyte's new Windforce Bionic Shark fans, its heatsink included 13 composite copper heat piles, and a large vapour chamber, that directly touches Nvidia's RTX 4090 silicon. 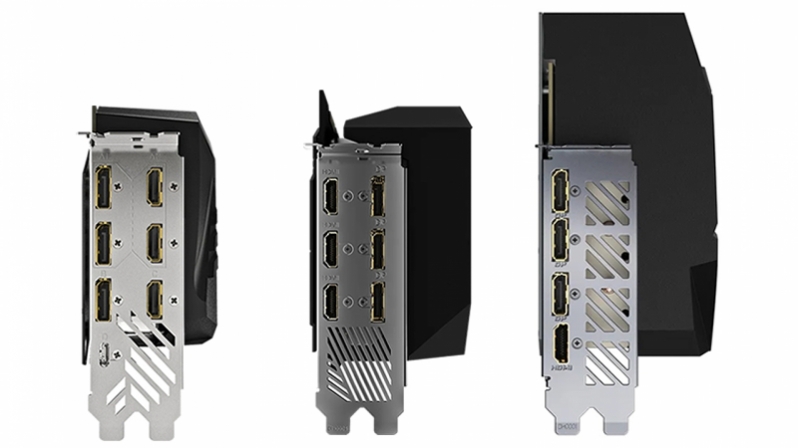 A new addition to Gigabyte's RTX 4090 Aorus Master is the graphics card's LCD Edge screen, which can be used to display graphics card information, custom text, pictures, and GIFs. These effects can be controlled using the Gigabyte Control Center. 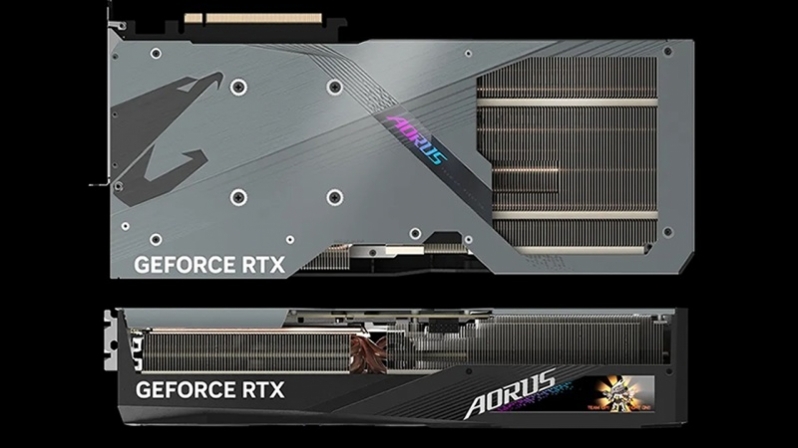 Nvidia's RTX 4090 graphics cards are launching on October 12th, and Gigabyte's RTX 4090 Aorus Master model is expected to be available on day-1. Sadly, Gigabyte has not revealed the core clock speeds of this graphics card at this time.

You can join the discussion on Gigabyte's RTX 4090 Aorus Master graphics card on the OC3D Forums.

AngryGoldfish
'Member that amazing mockup someone did of a FE Nvidia card with loads of fans that was obviously done as a very elaborate and creative joke?

Maybe Gigabyte didn't get the memo on that being a joke...Quote

KingNosser
They should ship these with alternative pci-e plates for extra stability they are getting ludicrosly massive puts me off going anywhere near something that needs that much cooling.Quote


I like some graphics power, but this is just awful. It's like a ugly old redneck truck that has a too big engine put in. There may be horsepower but it runs hot and burns fuel at an alarming rate + looks like while doing it.

Call me where there is something sleek and elegant available.Quote

NeverBackDown
There's nothing redneck about this card... It's way to clean and symmetrical to be redneck

Coming from someone living in the "redneck" areas.Quote
Reply