It looks a lot like Gigabyte's existing RTX 3090 Ti GPU

Have a look at Gigabyte's RTX 4090 Gaming PC graphics card

Sadly, we do not have any direct images of Gigabyte's RTX 4090 Ti graphics card, but its boxart contains the image below, showcasing a heatsink design that is very similar to the company's RTX 3090 Ti Gaming OC model. This heatsink features a massive triple-fan cooling solution that appears to be around 3.5 PCIe slots thick. 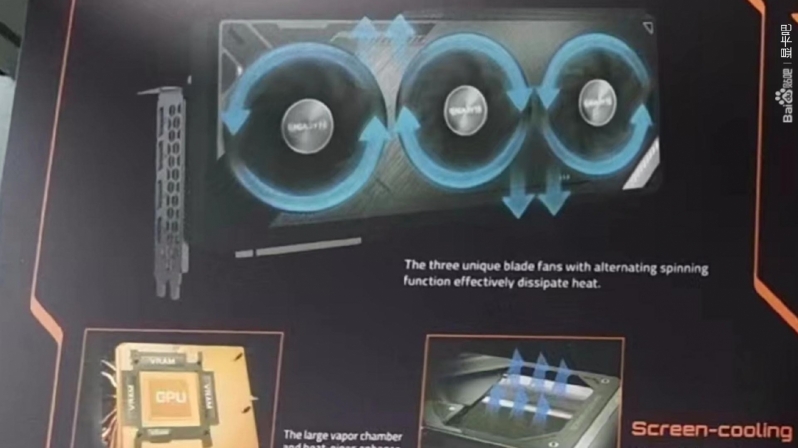 You can join the discussion on Gigabyte's RTX 4090 graphics card on the OC3D Forums. 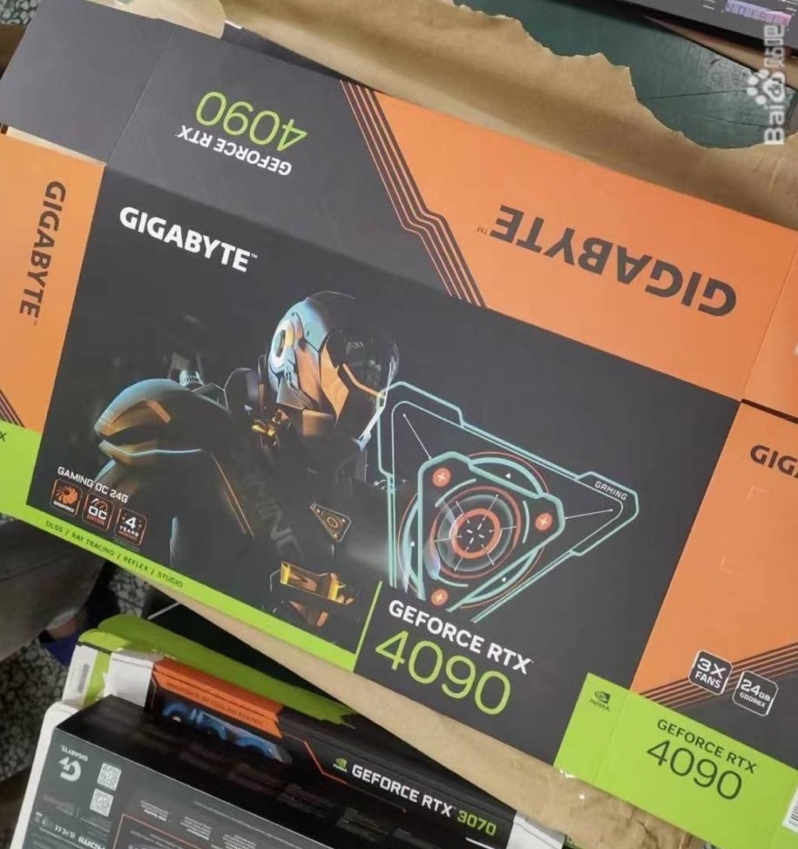 Warchild
doesnt look like an efficient way to dump heat given we want streamlined airflow in the case. This would cause a slight turbulence surely?

If you vertically mount the GPU and want airflow, typical intake through the base of the case and upwards out through the top, this would counter that flow.Quote

Avet
It isn't different than any other cooler to this day. Fans don't have shrouds they just blow the air in 360 degrees and something gets redirected by heatsink. FE cards had some air pushed out the back and some through the heatsink over the ram. These ones just dump the heat in all directions. As long as you supply the air to the intake area of the fans it will perform ok.Quote

MiNo
Are x090 no longer supposed to be 'creators' cards?Quote

Avet
Quote:
Any card is a creator card. It only matters how much horsepower and vRAM you need. There are Studio Drivers that are more stable. GeForce cards also work with professional software like Autodesk, Solidworks, etc. They are officially "supported" but not verified. If you have quadro you have a guarantee that software will work with GPU and driver, and all eventual bugs are fixed asap. If you use GeForce it will probably work fine but any incompatibility with software won't be fixed.Quote

AlienALX
Quote:
Yes they are.

The problem is the horrendous power consumption. So the whole Titan moniker has been replaced with "90".

So this is just a name change.Quote
Reply