This isn't an AMD problem, they are a storage problem

Why were AMD RX 6000 series GPU failing? We can probably blame miners and inadequate GPU storage

Last week, reports started flooding the internet about a German repair shop had had recieved 48 Radeon RX 6000 series graphics cards that all featured similar stability problems. Upon disassembly, many of these GPUs were found to have cracked GPU dies, leading to many on the internet claiming that AMD's latest GPU drivers are killing graphics cards, and that RX 6000 series GPUs are dying in their droves. These claims are not true.

KrisFix has uncovered that most affected GPUs were purchased from an online seller over the past few month and all GPUs failed within hours or days of their first use, and that almost all of these buyers purchased their GPUs online on the second-hand GPU market. As such, these buyers did not have the original invoices for these graphics cards and could not rely on their GPU's warranty.

It is believed that the failure of these GPUs is due to incorrect storage in an area of high humidity. This can cause damage to chips and PCB and cause them to pop when they are heated during use, resulting in damaged chips and/or cracked GPUs. Since this flood of GPUs damaged came at the same time from buyers who purchased their GPUs online, it is likely that these graphics cards come from a now-closed cryptocurrency mining operation, and that these graphics cards were not stored correctly before they were sold. All of these GPUs were then sold at around the same time, explaining why KrisFix recieved a flood of damaged GPUs within a short period of time.

It is nor uncommon for products to be affected by poor storage or warehousing setups. There was once a time that Corsair had to recall a batch of their early All-In-One (AIO) liquid coolers due to leaking issues, a problem that was caused by the batch being stored within an unheated Scandinavian warehouse that presumably reached temperatures well below zero. Was this problem Corsair's fault? Not really, but it highlights how the improper storage of products can cause issues.

So were AMDF's RX 6000 failures caused by a bad driver update? No. That's a sensationalist story that KrisFix has debunked. These Radeon RX 6000 series GPU failures are likely due to a batch of used graphics cards being improperly stored and then sold online. That's a reason why these GPUs were sent to KrisFix and not RMA'd with AMD, and why these GPU failures have happened at the same time. Don't blame AMD for these GPU failures, it's not their fault.

You can join the discussion on KrisFix Germany solving AMD's RX 6000 series "cracked GPU" issue on the OC3D Forums. 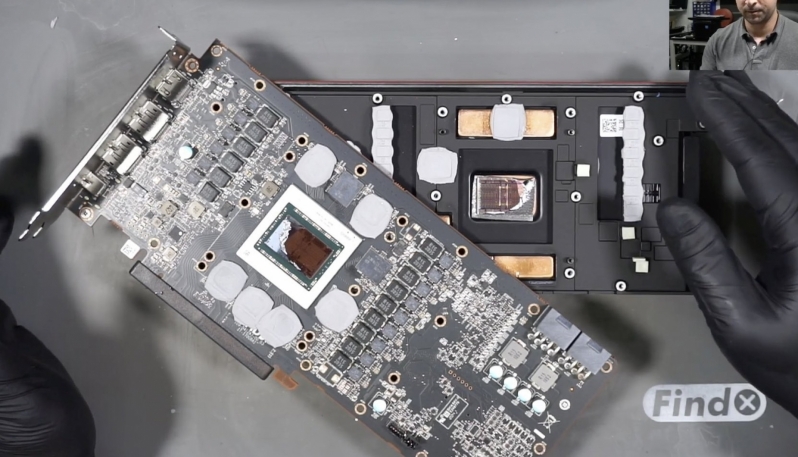 AlienALX
But, but... MINING DOESN'T CAUSE ANY DAMAGE OR ISSUES. Said every miner ever when trying to peddle their cards.Quote

dazbobaby
About 20 years ago, I was skint but my GPU died, I had to resort to ebay to replace it. The GPU I got had dodgy ram and lot and lots of artefacts during gaming.


It came at the worst possible time for me and I haven't once bought a used GPU since. Stories like this just strengthen my resolve, no matter how cheap the used GPU market is becoming.Quote

Damien c
Ah the old let's blame mining for card failures just because they come from a closed mining farm.


So if I read the article correctly, the cards were stored incorrectly and that is the reason the card's have died, not the fact they were used for mining.

m2geek
Quote:
I'm sorry someone did that to you - it ing sucks, people suck.Quote

Peace Đ
This probably could also happen if it's cold outside during transport and the receiver immediately puts the card into their rig and fires it up. There's a huge temperature delta then and metal will always work accordingly.Quote
Reply