Have a look at ASUS's Noctua cooled RTX 3070 GPU

This is Noctua's first GPU!

ASUS has partnered with Noctua to create this graphics card

In August, we reported on a newly discovered graphics card called the "RTX3070-8G-NOCTUA", a GPU collaboration between the electronics giant ASUS and the masters of air cooling, Noctua.

Today, thanks to the ASUS Vietnam Facebook Group, images of the ASUS X NOCTUA RTX 3070 have appeared online, showcasing a dual-fan heatsink design that features fans similar to Noctua's NF-A12x25 (albeit smaller). This graphics card is almost four PCIe slots wide, thanks to the thickness of Noctua's large fans.

At this time, it is unknown who designed the ASUS X NOCTUA RTX 3070's heatsink, be it a Noctua design, an ASUS design or a collaborative effort. The graphics cards feature two HDMI ports and three DisplayPort connections, and dual 8-pin PCIe power connectors. These power connectors suggest that this RTX 3070 model will feature a large factory overclock and higher power limits than lower-end RTX 3070 models. 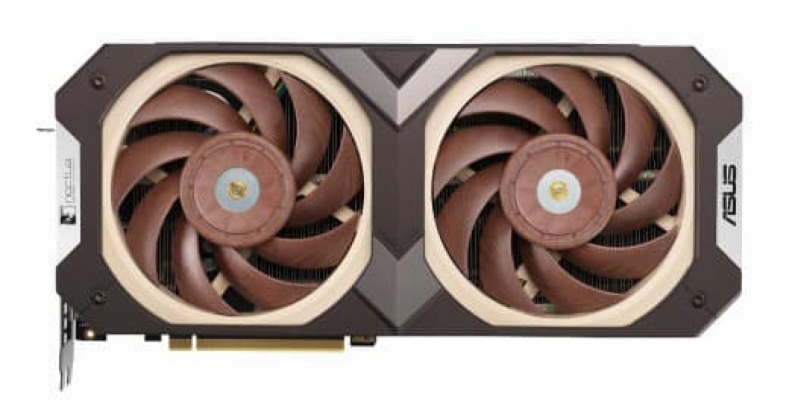 ASUS has not "officially" revealed this graphics card yet, so we can expect to hear more about it soon. It is unknown whether or not ASUS and Noctua have other GPU collaborations in the works. Would you like to see an ASUS X Noctua RTX 3080 Ti or RX 6900 XT?

You can join the discussion on the ASUS X Noctua RTX 3070 on the OC3D Forums. 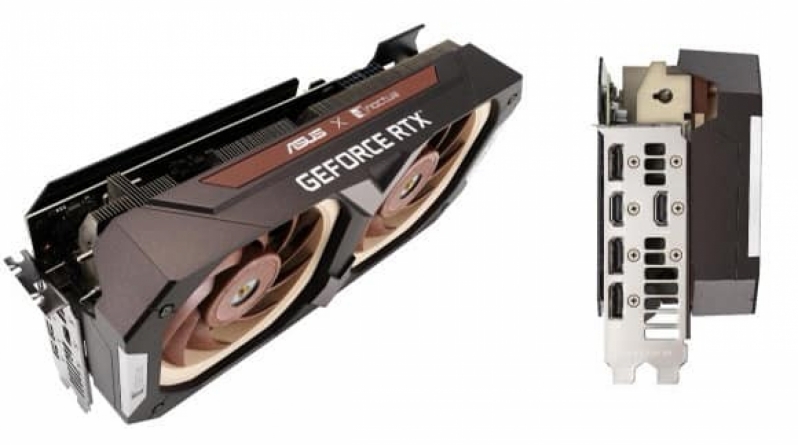 Warchild
Is it april 1st already?

Why did they use the hideous brown we all dislike instead of chroma black?Quote

Peace Đ
Quote:
Maybe they wanna show it off in a case with other Noctua fans and a liquid chocolate custom cooling loop lol.Quote

etaXdoa
Hope there is a limited edition where the shroud gets coated in faux leather.Quote

Surpuppa
I love it. Similar to what I have done with my gpu, by removing the shroud and fans and strapping two noctuas on it. Greatly improved noise and cooling, dont know why more manufacturers dont do this? Too large of a card?Quote
Reply