How far would you go to buy a new graphics card?

How far would you go to buy a new graphics card?

Today's PC hardware launches come with unprecedented levels of demand, owing thanks to the sizable shift in pricing and performance that have been brought about with the latest CPU and GPU releases. This has been especially true for AMD's Zen 2 CPU launches in 2019, and Nvidia's RTX 3080 and RTX 3090 releases this September.

When new hardware launches are almost always supply-constrained, a question always arises. How far would you go to get your hands on the latest and greatest PC hardware?

Through, Shailendra Shelley Raja, the Founder and Chairman of Scan Computers, we were informed that a hardware enthusiast has camped outside of Scan UK's Bolton warehouse, presumably to get an RTX 3070 graphics card as soon as they are available.

When discussing the situation on social media, Scan's kingpin stated that "Yes, it still happens! And yes he WILL get his 3070!". On top of that, Shelley also claimed that "I'll be buying this guy a free breaky". Let's hope that this dedicated enthusiast does get his RTX 3070 and his free breakfast.

Upon seeing Shelley's Tweet, Kingston UK's PR team stepped in to tell Scan's chief to "give the guy a Kingston SSD!", saying that "That kind of dedication deserves recognition in this day & age !". Props to Scan and Kingston for improving that guy's day. 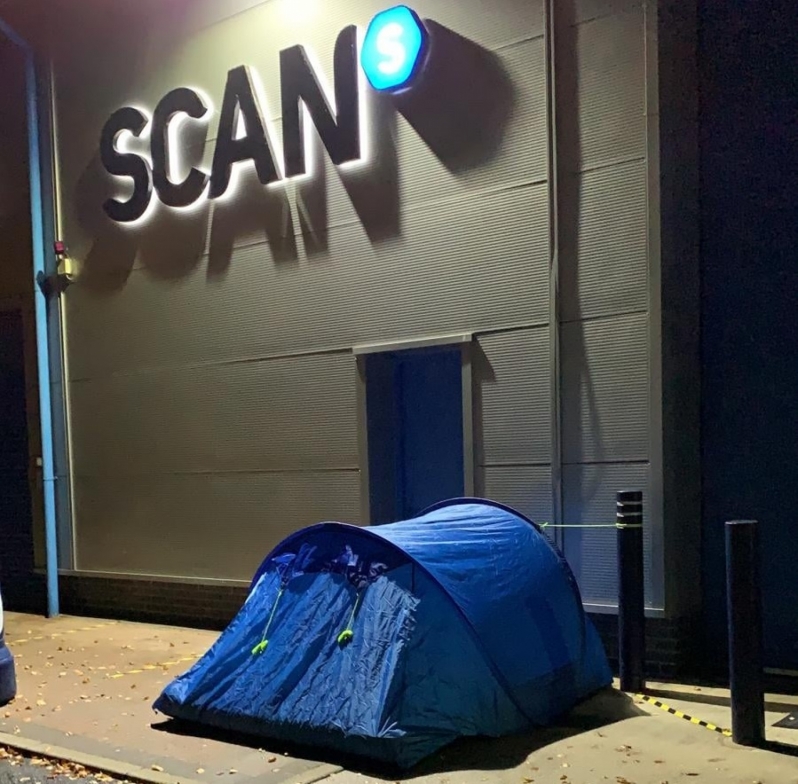 Would you brave the late October weather of northern England to improve your chances of getting an RTX 3070? You can join the discussion on Scan UK's RTX 3070 camper on the OC3D Forums.
«Prev 1 Next»

Warchild
Only for all 3070 to be sold online :PQuote

AlienALX
Can't get on Scan or OCUK. They just freeze after the main page.Quote

Awesome job with the supply Nvidia!Quote

AlienALX
Quote:
We all knew that was going to happen. The delay meant they had a few hundred cards instead of a few. Like literally 20.

It never fails to amaze me just how much crap gamers will put up with. If you went into Tesco and put £50 worth of food in your cart only to find them upping the price at the till you would go ballistic.

I didn't even think it was legal to take payment on anything until they had it to ship, or had shipped it. It's amazing how much law bending these companies are getting away with.

This whole "pre order" b******s needs to be addressed and fixed. They would soon hurry the product up then.Quote
Reply