As Moore's Law slows, technology companies need to get creative

Moore's Law is slowing down. Transistors are not shrinking at the same rate as they were in the early 2000s. As time as progressed, physics has become harder and harder to bend to our will, and shrinking transistors has become increasingly impractical. Companies within the computing market can no longer rely on new lithography technology to grant them easy performance, efficiency and density benefits, but though the power of AI, Nvidia has found a way keep up their pace of innovation.

With their new Hopper series of accelerators, Nvidia has utilised an AI (Artificial Intelligence) model called PrefixRL (where the RL stands for Reinforcement Learning) to design circuits that are smaller and faster than those that are designed using traditional tools. Using PrefixRL, Nvidia can increase the density and performance of their circuits, outperforming state-of-the-art electronic design automation (EDA) tools.

Nvidia's Hopper accelerators use nearly 13,000 instances of AI-designed circuits. These circuits are up to 25% smaller than similar circuits that are made using traditional tools. With Nvidia's new tools, the company can design circuits that are smaller, more performant, and more efficient, effectively giving them the same benefits as a process technology advancement at a circuit level. That said, the benefits of Nvidia's new tools will vary on a circuit by circuit basis. 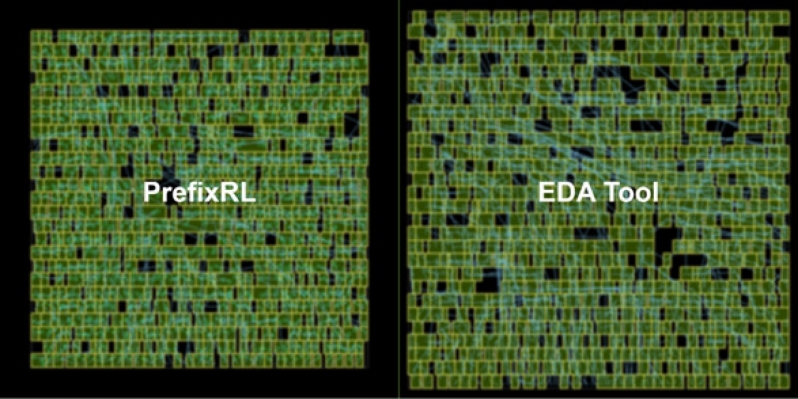 This Raptor system from Nvidia is very complex, but its basic job is to enhance Nvidia's training speed and training scalability. It handles tasks like job scheduling, networking, GPU data structures and more. Nvidia's Raptor platform handles and distributes work between a large mixture of CPUs, GPUs, and other devices. The chart below showcases Nvidia's Raptor framework. 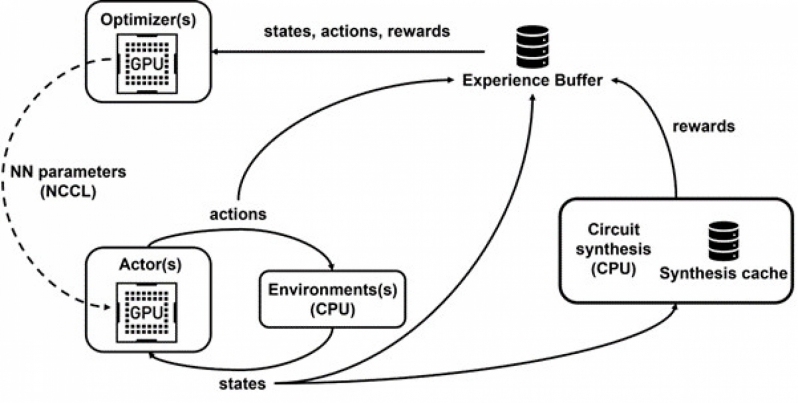 With tools like PrefixRL, Nvidia plans to beat Moore's Law by designing circuits in a more intelligent way. By creating tools that are better than what the current industry provides, Nvidia hopes to push their technology ahead of their competition, delivering state of the art hardware that can maintain the company's position at the top of the GPU market. That said, you can be certain that other companies have plans to create similar technologies, as the benefits of improve circuit designs should be obvious.

You can join the discussion on Nvidia's use of PrefixML to create circuits that are 25% smaller on the OC3D Forums.

NeverBackDown
That is some very impressive work from nvidia one has to admit.Quote
Reply