Some disappointing news has arrived today from the world of Intel graphics, as it looks like the company's desktop-oriented ARC series graphics cards will be launching in China first and only be available with "system builders and OEMs with specific configurations."

In their latest blog post on their ARC A-series graphics cards, Intel's Lisa Pearce confirmed that their desktop launch of ARC will start with Intel's lower-end A3 (ARC 3) models first. These GPUs will arrive first at OEMs and system builders in Q2 and will later launch at etailers/retailers as standalone components. Why China first? Simply put, China has a stronger market for lower-end graphics cards, making it an ideal entry market for Intel.

So when are Intel's ARC series desktop GPUs coming to the west? Intel has stated that their higher-end ARC A5 and A7 GPUs will be arriving with OEMs and system integrators "later this summer", and that this launch will be followed by components sales on "worldwide channels".

To make a long story short, PC builders should not expect to see ARC A-series desktop GPUs at US, UK, or European retailers anytime soon.

Question #2: When are the desktop cards with Intel Arc graphics coming?

Unlike notebook designs, desktop systems have a vast set of combinations, including memory, motherboards, and CPUs. To initially limit some of this variation, we will launch working with system builders and OEMs with specific configurations.

We will release our entry-level Intel Arc A-series products for desktops (A3) first in China through system builders and OEMs in Q2. Etail and retail component sales will follow shortly in China as well. Proximity to board components and strong demand for entry-level discrete products makes this a natural place to start. Our next step will be to scale these products globally.

Roll-out of Intel Arc A5 and A7 desktop cards will start worldwide with OEMs and system integrators later this summer, followed by component sales in worldwide channels.

Intel has been trying to build hype for their desktop graphics products for years, and many Intel fans are looking forward to having Intel-powered discrete graphics products in their systems. That said, Intel has repeatedly failed to set accurate expectations for their upcoming ARC series products.

Intel's ARC Mobile launch was limited to so few laptops that you could only buy products at launch in Korea, the home of Samsung. Now, Intel is telling desktop customers to wait until "later this summer", and that early sales will now be limited to OEM customers and system integrated with restricted hardware configurations. Beyond that, these early sales will be restricted to A3 (lower-end) ARC series products and be exclusive to the Chinese market.

If you want to buy an Intel ARC series graphics card, Intel has just told you that you will need to wait longer than expected, and that comes after numerous delays of the company's ARC series GPUs. Intel should have revealed these details a long time ago, not a few weeks before Intel's planned China-only ARC desktop launch. 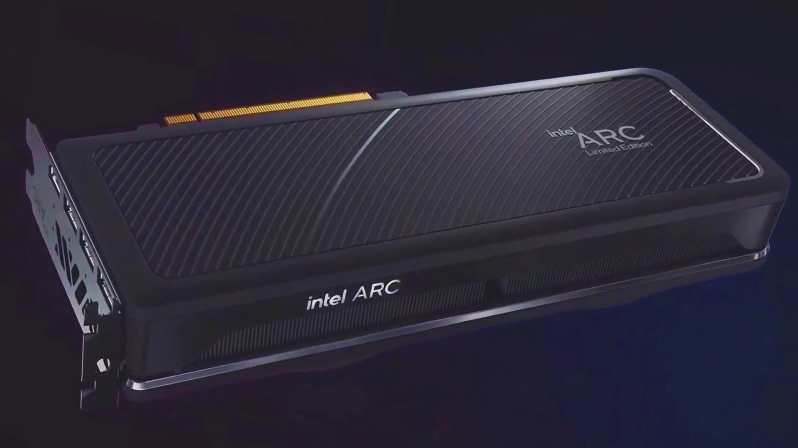 Is Intel's ARC series coming too late to matter?

Intel's ARC series products have long been rumoured to be competitive with AMD/Nvidia's low-end and mid-range RX 6000 series and RTX 30 series products. Intel's ARC A-Series flagship reportedly doesn't have what it takes to surpass graphics cards like AMD's RX 6900 XT and Nvidia's RTX 3090 in gaming workloads, and to make matters worse for Intel, AMD and Nvidia both plan to launch next-generation graphics cards later this year.

Now that the world's GPU shortage is alleviated, Intel is no longer launching graphics cards into a sellers market. Beyond that, consumers know that stronger graphics cards are on the horizon from AMD and Nvidia, which means that Intel's ARC series could soon be outclassed by RTX 40 series and Radeon RX 7000 series products. Intel's ARC series delays has pushed their GPU launch into a bad place within AMD/Nvidia's hardware launch cycle.

You can join the discussion on Intel's confirmation that their ARC series desktop GPUs are coming to China first on the OC3D Forums.

Gothmoth
this looks more and more like a sad joke.


call it larrabee and put it in the bin...

Dicehunter
If China is their priority I wouldn't put it passed the megalomaniac CCP to demand some sort of hardware backdoor be put into these cards and the software have some type of keylogger built into it.Quote

AlienALX
Quote:
China are desperate. Let them be the guinea pigs.Quote
Reply