Intel's ARC Alchemist series graphics architecture is launching later this year, bringing a third player into the gaming GPU market. While Intel is not targeting the high-end linkups of AMD or Nvidia with their first generation ARC series products, they are aiming to deliver great value for money to their customers, often comparing their graphics cards to Nvidia's RTX 3060.

With their latest GPU comparison, Intel has compared their ARC A770 with Nvidia's RTX 3060, showcasing higher framerates in games that have ray tracing enabled. On average, Intel has showcased a 14% performance advantage over Nvidia's RTX 3060, placing Intel in a great position moving forward.

Ray tracing performance is becoming an increasingly important aspect of GPU performance, and Intel's strong ray tracing performance with their ARC Alchemist graphics cards will place Intel in a strong position moving forward. With their current levels of RT performance, Intel has already surpassed the ray tracing capabilities of AMD's RDNA 2 architecture, placing them ahead of one of their rivals. Assuming that Intel can scale up their graphics architectures and further grow their capabilities with next-generation products, Intel has the potential to grow to become a strong player within the GPU market. 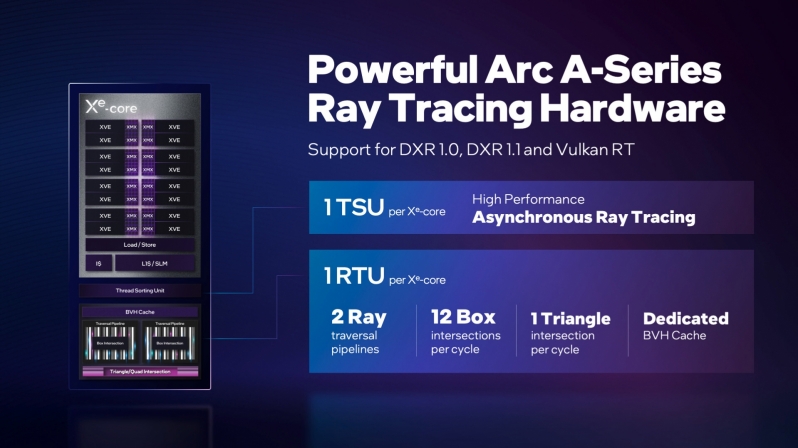 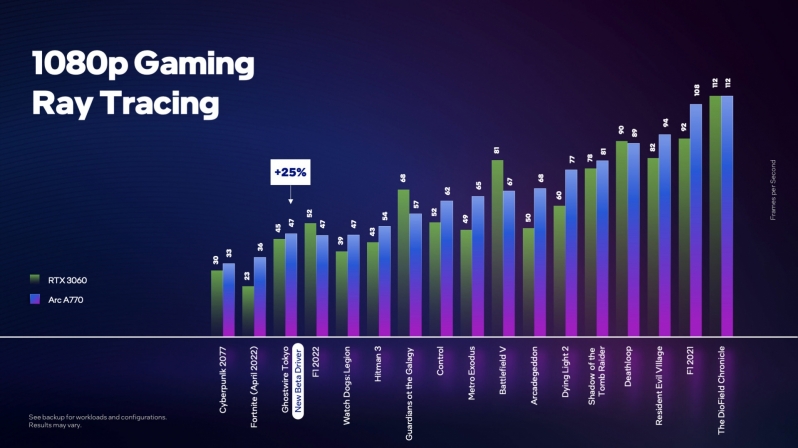 By adding XeSS into the mix, Intel's ARC A770 graphics card is capable of delivering strong performance levels in games with ray tracing enabled at 1440p. That said, we have not seen XeSS in action yet, so it remains to be seen whether or not XeSS can deliver upcaling results as strong as Nvidia's DLSS technology. 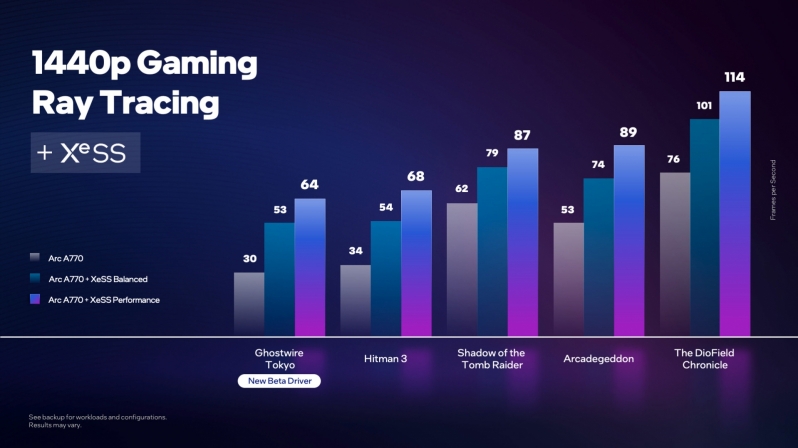 You can join the discussion on Intel's ARC A770's ray tracing performance on the OC3D Forums.

NeverBackDown
Pretty good for a first attempt at a GPU and RT. Really shows how bad AMD are doingQuote

ET3D
Not all that impressive considering that Intel previously compared the A750 to the 3060. For example, Cyberpunk 2077 was about 10% faster on the A750 than 3060. With raytracing, the A770 is about 10% faster than the 3060. So we went up a tier on the Intel side but relative performance is about the same. Intel's implementation therefore seems weaker than NVIDIA's.Quote

NeverBackDown
It's that much faster in RT. It wasn't referring to rasterization performance.Quote

Avet
This is amazing. People seem to forget how long it took AMD for Ryzen to start leapfrogging Intel CPUs. And Intel has much, much, much more money and manpower than AMD did when they started CPU battle. Also, they have Tom Petersen and Raja Koduri who actually designed and developed practically all current GPUs.Quote

KingNosser
I am far less optermistic, Intel have lost a lot of money on this and they are really late, by the time anyone see's this in the west if at all then who is going to want to buy them against the 4000 or 7000 series from nvidia and amd.

In reality i expect a limited run of cards and if they don't sell then it'll get shutdown, oem's are the most likely to buy them as they get great deals, but Intel while they might have a lot of man power and funding are not in the biz of losing money.

For battlemage to even get going fully they will already be behind again, they are not about to commit to the road map for a decade to get where they want to be if it doesn't make them money then forget it.

Intel are not going to be the hero, they were just the hero you hoped for.

let alone the drivers they need some kind of internal communication to get them right cause they are all over the place only need to watch a few YT videos to see that rather than cherry picked benchmarks or did we forget about the external reviews they paid for with the cpu's a few years back ?Quote
Reply