At their 2021 Architecture Day, Intel has revealed a lot of information about their Xe HPG (High Performance Gaming) GPU architecture, revealing their "Alchemist" family of graphics cards and their plans for the GPU market moving forward.

Intel has a multi-year roadmap laid out for their graphics division, highlighting their Xe2 HPG "Battlemage", Xe3 HPG "Celestial", and Xe Next "Druid" architectures. Intel plans to be a long-term competition within the GPU market, which is good news for consumers.

Xe HPG "Alchemist" graphics cards will be released in Q1 2022, bringing much-needed competition to the GPU market. At this time, it is unknown how much performance Intel will offer with their Alchemist family of gaming products. All we know right now is that they are built using TSMC's 6nm lithography node. 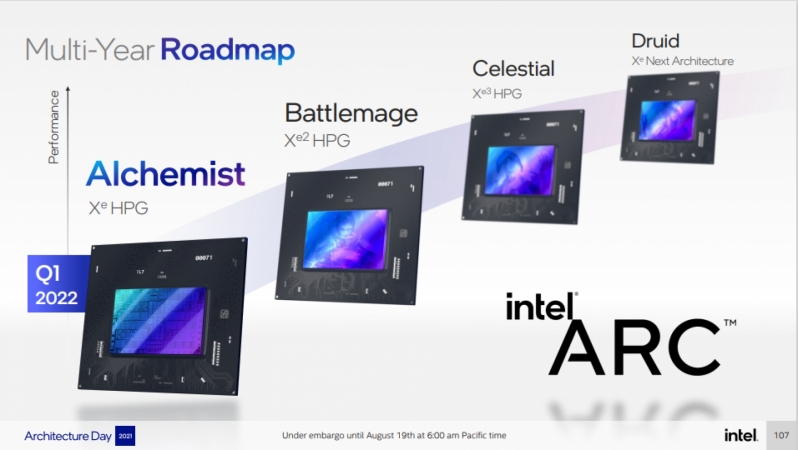 Intel's Xe HPG architecture is designed to scale across to the high-end of the GPU market. Intel has already confirmed that they will be releasing a "family" of Xe HPG "Alchemist" SOCs under their new ARC brand, confirming that Intel has designed multiple Xe HPG chips.

Intel's Xe cores will be built with traditional vector engines, matrix engines, which can accelerate matrix operations (which are commonly used for AI), and dedicated Ray Tracing Units. Each Xe core compute block will feature 16 vector engines, sixteen matrix engines, a ray-tracing core, and a sampler. Four of these Xe cores are used to create an Intel XMX and share some resources and caches. 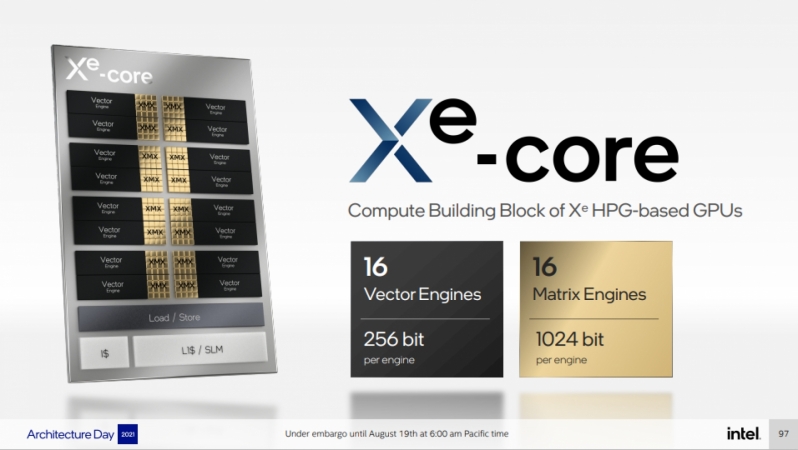 Over the past few years, Intel has been working to improve their graphics drivers, paving the way to the launch of Xe HPG. This effort has reduced the CPU overhead of Intel's graphics drivers, increased game performance and has dramatically increased the stability of the company's integrated graphics solutions.

Intel's Xe HPG chips will support DirectX 12 Ultimate and can be used with the latest APIs and game engines like Vulkan, Unreal Engine and Unity. 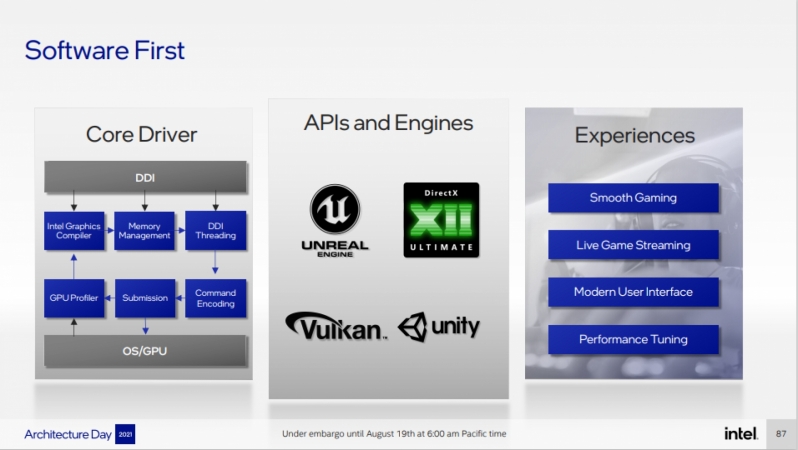 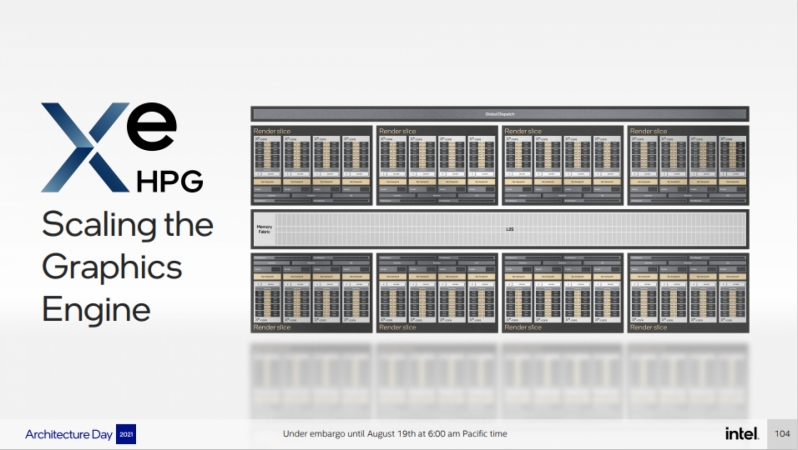 Intel has confirmed that they will be using TSMC to create their upcoming Xe HPG graphics chips, opting to use TSMC's 6nm lithography node. With Xe HPG, Intel has promised a 1.5X increase in frequency over today's Xe LP GPUs and a 50% increase in power efficiency. This will make Intel's Xe HPG gaming architecture their most performant and most efficient to date.

Using TSMC's 6nm lithography node will mean that Intel's GPU production will be limited by the manufacturing capacity of an external foundry, Intel decided not to use their own internal Intel 7 node to create their Xe HPG architecture, which is not a good sign for Intel's foundry division. Why aren't Intel using their own fabs? Are they not good enough? These are the questions that we are left asking, and they are not good questions to have.

Only time will tell if Intel had gotten enough production capacity from TSMC to become a serious competitor to Nvidia or AMD within the GPU market. I guess we will see in early 2022. 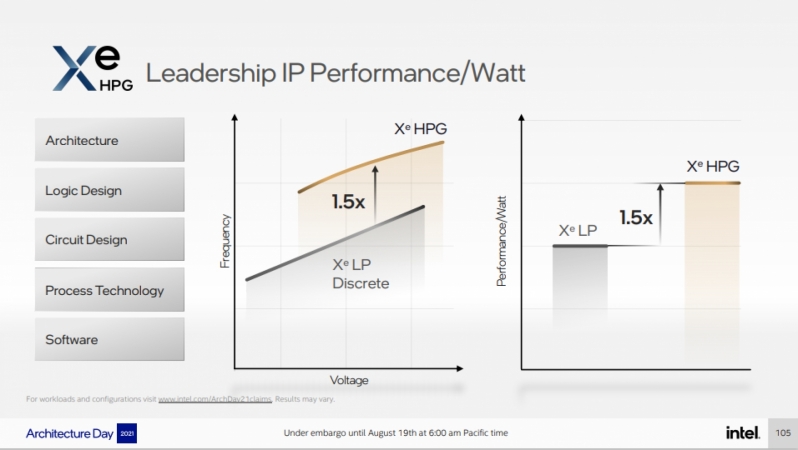 You can join the discussion on Intel's Xe HPG "Alchemist" GPU architecture on the OC3D Forums.

AngryGoldfish
I wonder whether their process nodes are intrinsically optimised for CPUs only. I know Intel make GPUs and have done for decades, and I don't know much about nodes, but I can't help but wonder like you said in the article that there's something wrong with Intel's manufacturing.Quote

NeverBackDown
It probably is one for marketing, using a smaller number, two maybe because they could end up using the space it would have taken up and make more money using it to create more Xeon CPUs. There's a lot we don't know about. It could even be they spent less money on it and using TSMC means lower risk compared to losing out on their prized Data Center markets.Quote

AngryGoldfish
Quote:
Yeah, that could be true. We're all wanting Intel to jump aboard the GPU train to alleviate the shortages, but maybe they know if they used their own 10nm or 7nm for their GPUs then they too could have a shortage and not be able to supply their most important customers.Quote
Reply