1st percentile framerates have been boosted by up to 2.3X

Previously, Intel's ARC GPU drivers relied on API translation layers to support older DirectX 9 software, but now Intel has implemented a hybrid approach that allows many popular DX9 games to offer native DirectX 9 support. This change has resulted in huge performance increases for some PC titles, with CS:GO being Intel's most notable result.

While Intel are focused on the performance of more modern graphical APIs with their ARC series graphics cards, it is undeniable that many older DirectX 9 games remain popular. Simply put, a weak spot with DirectX 9 is not good for Intel's future gaming ambitions, necessitating action to remedy this shortfall. 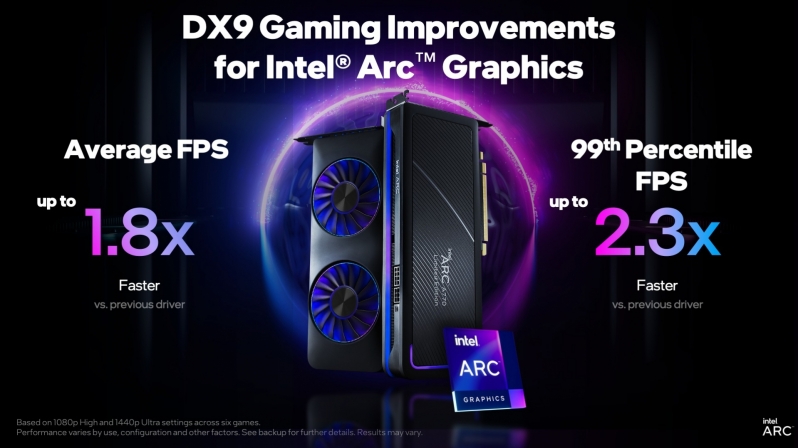 In the graph below, Intel showcases the performance improvements that are possible with the company's new DirectX 9 boosting ARC drivers with their A770 graphics card. With their new drivers, Intel's ARC A-series GPUs see a 3-79% performance improvement in popular DirectX 9 games, with League of Legends, Starcraft 2, Stellaris, and CS:GO seeing the largest performance gains. These four games all remain popular despite their age, with many being popular eSports titles. 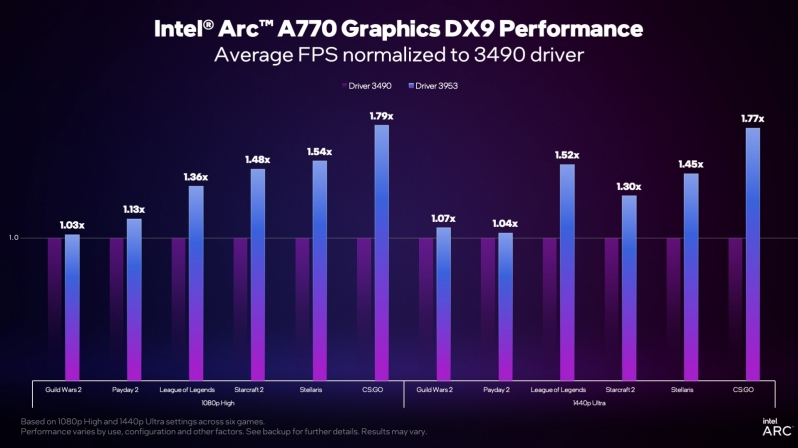 One of the most impressive aspects of Intel's new DirectX 9 driver is not its average framerate increases, its its increases to 1st percentile framerates and overall framerate consistency. 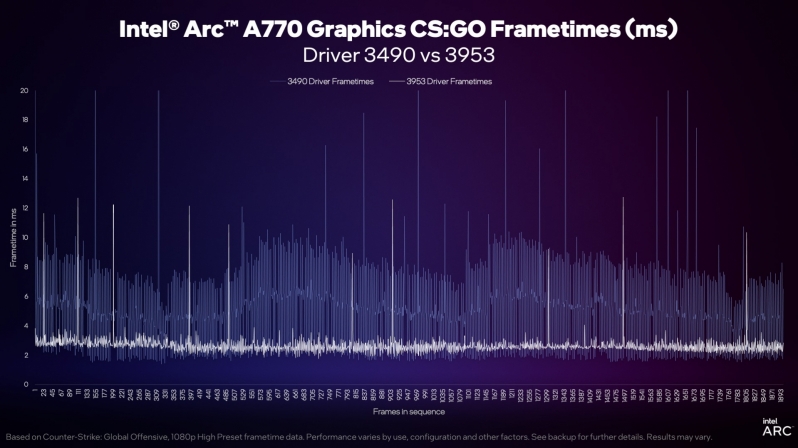 With this driver release, it is clear that Intel's ARC GPU team are taking their role within the GPU market seriously. While DirectX 9 performance is not a hugely important matter for many modern gamers, it is clear that Intel intends to improve their ARC series GPUs and graphics drivers in ways that will target any weaknesses and turn them into new strengths.

Intel intends to be a serious contender within the discrete GPU market, and that is a great thing to PC gamers.

You can join the discussion on Intel's DX9 boosting driver for ARC series GPUs on the OC3D Forums.