Intel has launched their ARC A380 desktop graphics card in China

Intel's ARC A380 graphics card is now available in China

Intel has just launched their first desktop ARC series graphics card, the ARC A380, a low-end GPU model that will sell in China for 1030 yuan, which is roughly $150 US.

The ARC A380 is Intel's first desktop product that uses the company's Xe-HPG (High Performance Gaming) architecture, offering users 8 Xe Cores, and 6GB of GDDR6 memory. Intel has compared this GPU to AMD's Radeon RX 6400 (4GB), stating that their ARC A380 is up to 25% faster. It is worth noting here that AMD's RX 6400 is the company's lowest-end gaming graphics card.

Intel has confirmed that ARC A380 graphics cards will be provided by ecosystem partners that include Acer, ASUS, Gigabyte, GUNNIR, HP, and MSI. Intel has also confirmed that their Xe Display engine can also support "up to four 4K 120Hz HDR displays, up to two 8K 60Hz displays, or up to 360Hz for 1080p and 1440p resolutions." AI acceleration is also possible through Intel's XMX instructions and Intel Deep Link technologies. 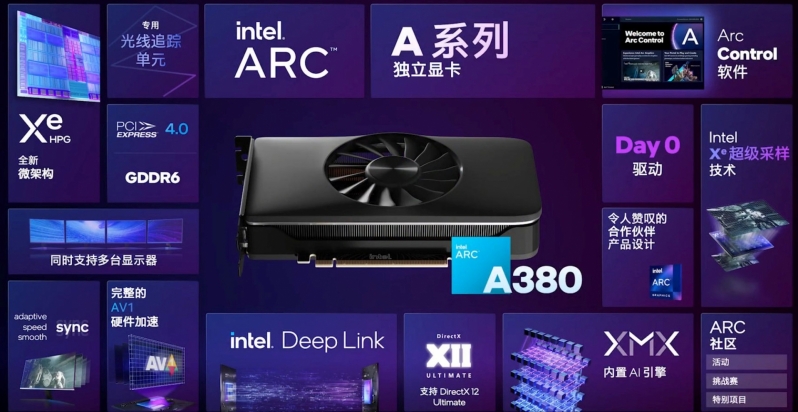 With their ARC A380 desktop gaming processor, Intel is targeting AMD's Radeon RX 6400. Nvidia doesn't have a current-generation graphics card to compete within this area of the desktop PC market, allowing Intel to market themselves as the only GPU provider to provide full DirectX 12 Ultimate support in this price range alongside AI acceleration, and AV1 encoding support.

Intel's A380 graphics card targets 1080p gaming at 60 FPS at Medium settings, with higher framerates being possible in many popular titles. 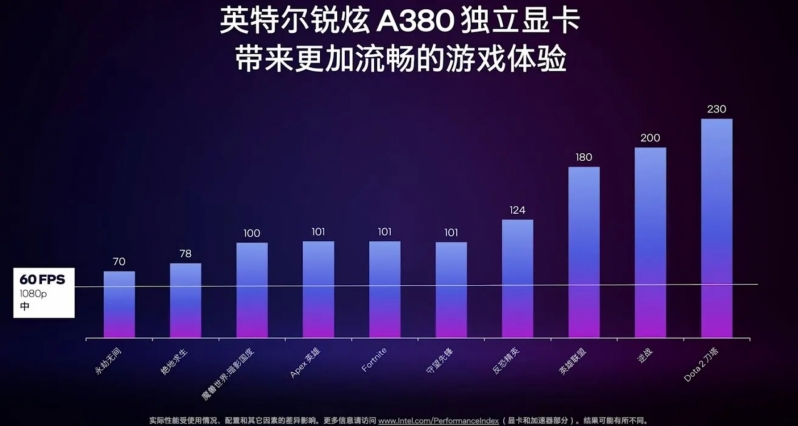 While it is disappointing to see this graphics card limited to the Chinese market, it cannot be denied that Intel has presented a strong product for the low-end GPU market. A 25% performance gain over AMD's RX 6400 is significant, and the combination of more VRAM, AI acceleration and AV1 encoding support will make this graphics card appealing to both gamers and budget creators alike.

Intel Arc A380 GPUs will be available in China this month through system builders and then as components by original equipment manufacturers. This launch will be followed by system and component sales in other regions of the globe.

You can join the discussion on Intel launching their ARC A380 desktop graphics card on the OC3D Forums.