Two Xe GPUs are better than one

Intel has revealed their first discrete graphics card, the Iris Xe Max, a graphics chip with is designed for thin-and-light notebooks that is based on the same Xe-LP microarchitecture that's present within today's 11th Generation of Tiger Lake processors.

Alongside their iris Xe Max graphic chip Intel has also revealed their DEEP LINK technology, which allows users of multiple Intel graphics chips to utilise their Xe graphics chips in tandem to deliver incredible performance levels within the thin-and-light product category. This is especially true when it comes to video encoding and AI accelerated workloads. 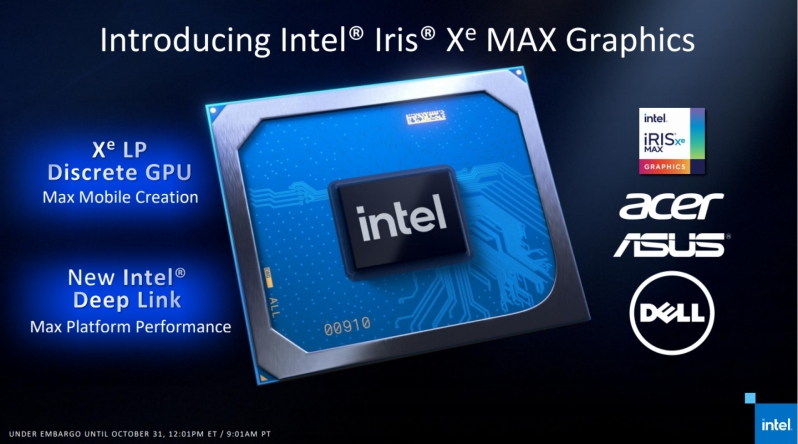 The beauty of Intel's initial Xe graphic chip is that it is the same as the graphics core within Intel's 11th generation Tiger Lake series mobile processors. That said, Intel's Iris Xe Max does feature higher core frequencies of 1.65GHz (up to 1.35GHz on Tiger Lake) and features direct access to 4GB memory at a data rate of 64 GB/s. 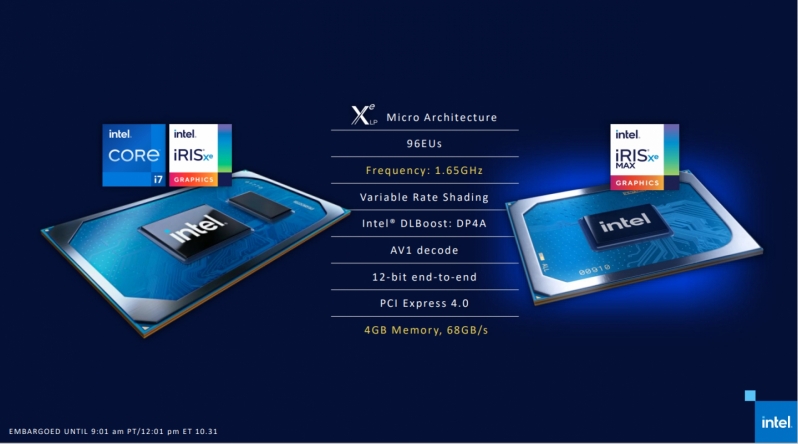 Xe is not designed to combat mobile graphics cards from Nvidia's RTX series, Intel's Iris Xe Max is designed for thin-and-light devices which would benefit from increased graphics performance and the ability to play lightweight free-to-play games.

Video editing and encoding is a primary use case for Intel's Xe Max graphics processor, as are workloads which benefit from Intels Deep Learning performance. 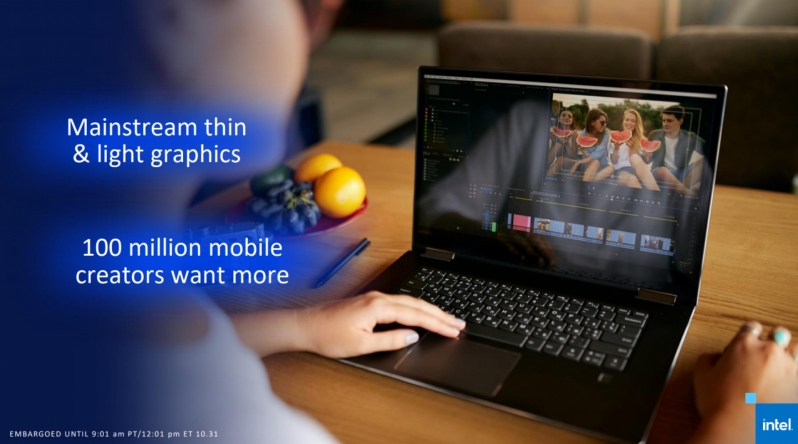 With two Iris Xe graphics chips, Intel can deliver systems with two times as many video encoders and two times as much DL acceleration as they normally could using Tiger Lake's integrated graphics. This can be a big deal for certain workloads, making Intel's low-cost discrete graphics chip an excellent competitor to Nvidia's MX350 mobile GPU.

With their Iris Xe Max graphics chip, Intel wants to showcase to their OEM partners the benefits of creating an all-Intel system. Using these Intel-specific benefits, Intel hopes to push Nvidia's MX350 graphics chip into obscurity, growing their discrete GPU brand in the process. 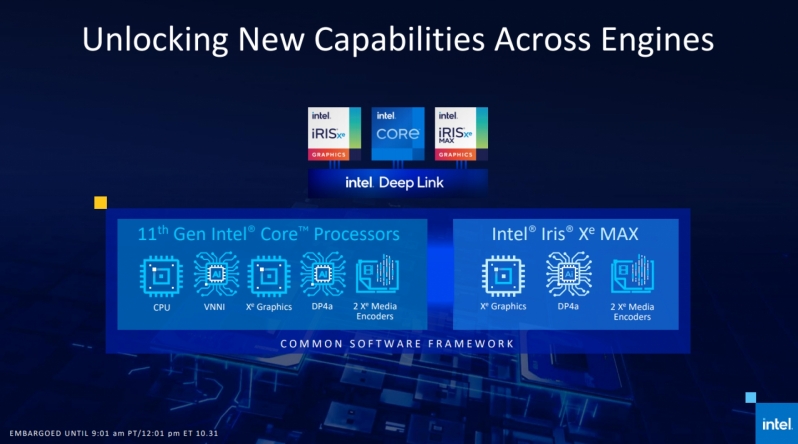 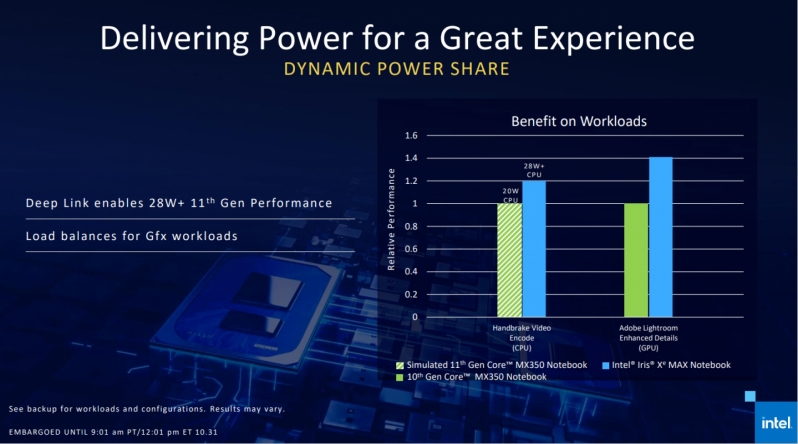 In 2021, Intel plans to allow its Iris Xe Max users to utilise the hardware encoders within their discrete GPUs and iGPUs concurrently, delivering users a significant boost in encoding performance, almost doubling the encoding rate of single-stream videos.

This feature is not available at this time, though it has the potential to revolutionise the encoding performance of mobile systems. If this feature works as intended, it will also give OEMs another reason to create all-Intel systems. 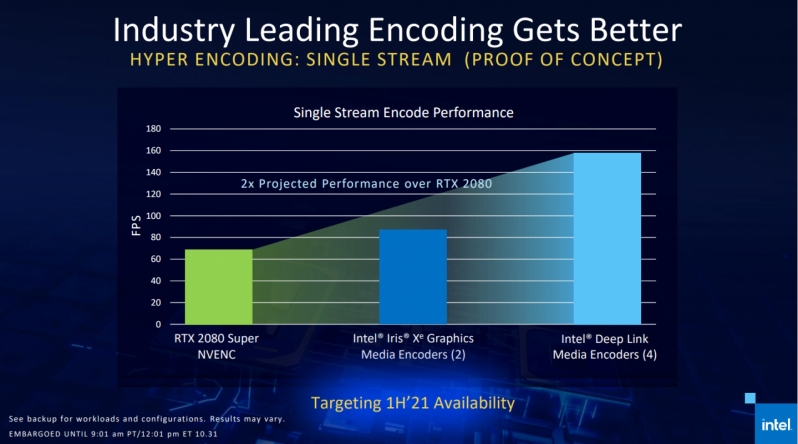 While Nvidia's MX350 graphics chip is not the best on the market, it allows users of thin-and-light notebooks to game on the go without needing to invest in heavier, power-hungry systems. 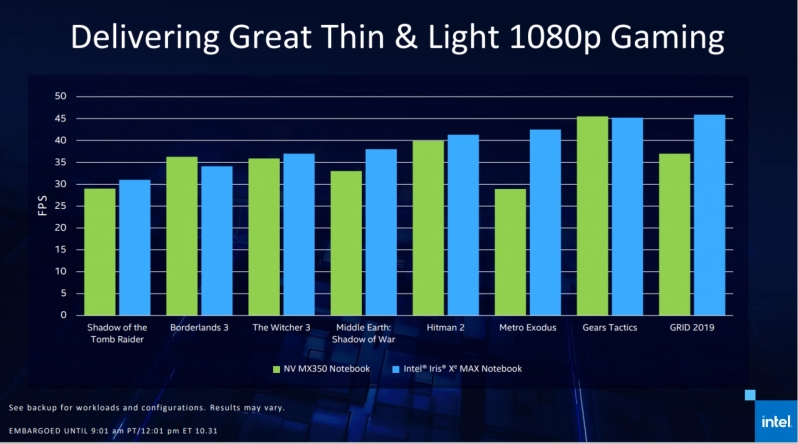 Intel's Deep Link technology is due to be supported by a wide range of software providers, ensuring that users of Xe Max graphics chips will benefit from their discrete graphics chip. 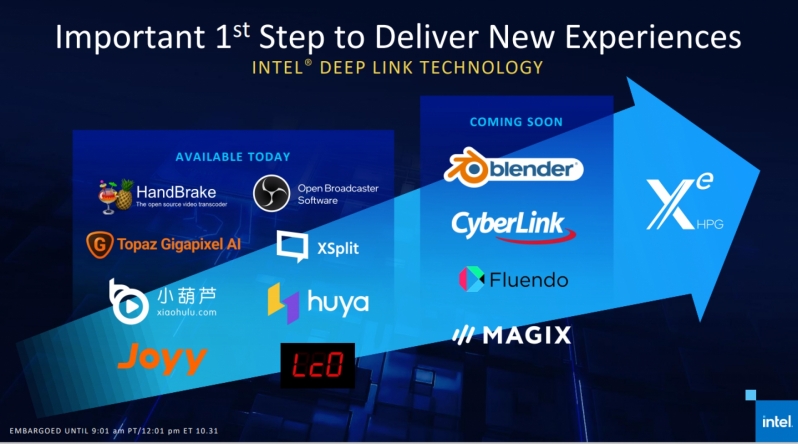 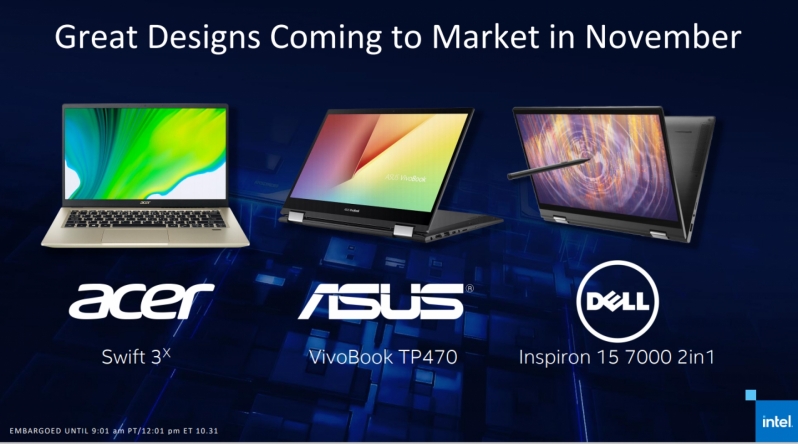 Intel plans to launch high-end gaming and server-grade Xe products in the future, and the company has confirmed that they plan to release Xe LP discrete graphics cards within value desktops in H1 2021 and start shipping Xe-HP and Xe-HPG GPUs next year.

Iris Xe Max is the start of Intel's discrete graphics journey, and in time Intel hopes to expand outside of the thin-and-light notebook market and into the world of high-performance computing and high-end gaming. A third competitor is entering the gaming market, and that should come as great news for consumers.

You can join the discussion on Intel's Iris Xe Max Discrete Graphics Chip on the OC3D Forums.