Intel can beat AMD in some benchmarks, but not in games

Intel's A380 fails to impress in early benchmarks

In the game benchmarks below, which are presented in the order listed above, we can see that Intel's ARC A380 has failed to surpass the performance of AMD's Radeon RX 6400 and Nvidia's GT 1650, neither of which are considered powerful gaming graphics cards.

While it is worth remembering that Intel's ARC A380 should be the company's least powerful ARC A-series desktop graphics card, it is hard not to be disappointed by these results. In real gaming workloads, the performance of Intel's ARC A380 has fallen short of its AMD/Nvidia rivals. 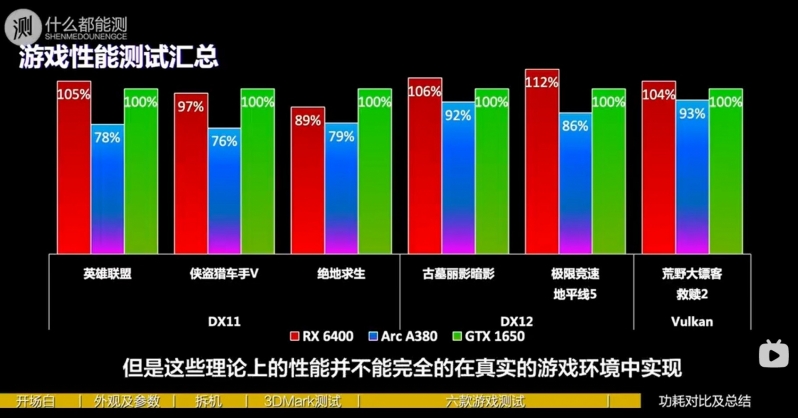 In 3DMARK Time Spy, a Synthetic benchmark, Intel's ARC A380 fares better against is AMD and Nvidia counterparts. Intel is able to best AMD's RX 6500 XT here, but when real world gaming performance is below an RX 6400, it simply looks like Intel has optimised its drivers exceptionally well for the 3DMARK test suite, and that gaming performance has fallen behind. If only these 3DMARK results were representative of the GPU's gaming performance. 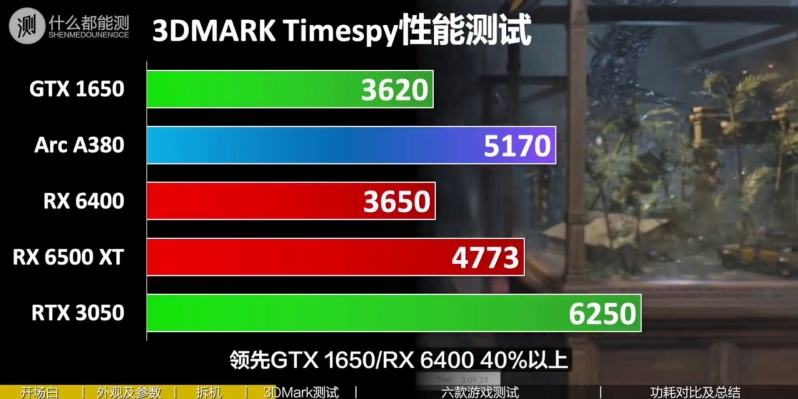 In 3DMARK Port Royal, Intel has delivered impressive levels of ray tracing performance. Yes, these performance levels are nothing compared to Nvidia's RTX 3050, but Intel has handily beaten AMD's RX 6400 and RX 6500 XT. That said, all three of these graphics cards are likely VRAM limited, as all of them have less than 8GB of VRAM, with the AMD GPUs having 4GB while the Intel A380 has 6GB. 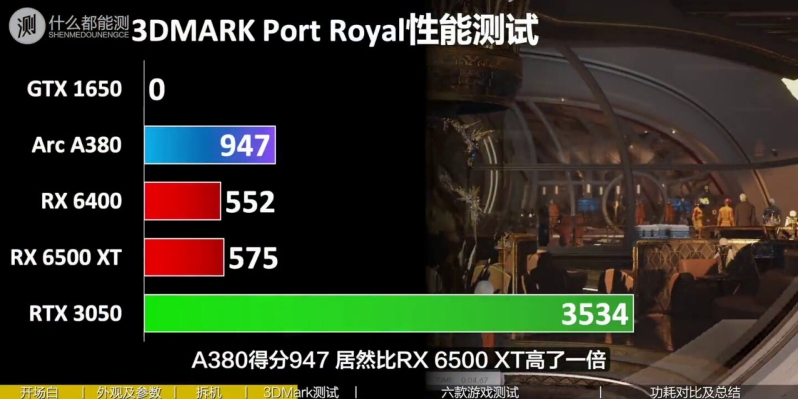 Right now, the performance of Intel's ARC A380 graphics card is unimpressive. That said, things may change as Intel's GPU driver mature. We will know more when Intel's graphics cards are available in the West and we are able to test these graphics cards ourselves. Until then, these early Chinese benchmarks are all we have.

You can join the discussion on Intel's ARC A380 desktop GPU benchmarks on the OC3D Forums.

Dicehunter
Their top end model needs to compete at least with a 3070/6700XT, Come in at a price lower than the competition to entice customers with rock solid drivers or Intels foray into the dGPU market is over before it's begun.Quote

Avet
It is possible that Intel will focus workstations (PugetSystems). Their iGPUs already have hardware encode and decode for almost all formats. Much more than AMD or Nvidia cards. With support for hardware AV1 encoding Intel's dedicated GPUs will probably become standard for any video workstation PC.Quote

AngryGoldfish
Quote:
I don't think they'll give up if the first architecture doesn't penetrate into all markets. It's quite possible they anticipated a poor widespread appeal and will adjust as time goes on.Quote

NeverBackDown
When entering a new market dominated by two large companies I think it's pretty clear it's a large uphill battle... Though any gain in market share is just a clear win for Intel because it comes at the expense of competitors even if Intel loses money the first go aroundQuote

Given its target I would say it meets it well. This is entry level stuff and it seems to be better than a 1650.

If you're starting a land grab this is the way to do it.Quote
Reply