Based on what we can see below, Intel's reference ARC Alchemist graphics card design will support three DisplayPort connections and a single HDMI connection. The exact speeds of these connectors are unknown, though HDMI 2.1 and DisplayPort 2.0 support is possible.

The rear of this graphics card showcases a 8+6 pin power configuration, though the PCB can support a dual 8-pin setup if the right power connectors are connected. The graphics card also supports up to eight GDDR6 memory chips, which means that Intel's ARC Alchemist GPUs should support up to 16GB of GDDR6 memory over a 256-bit memory bus.

Intel's ARC Alchemist series GPUs appear to feature no support for a feature that would act as Intel's equivalent to CrossFire or SLI. That said, both CrossFire and SLI are not utilised by practically all modern AMD or Nvidia graphics cards, and Intel has no reason to support a similar feature. Modern rendering techniques often use data from previously rendered frames, making the alternative-frame rendering techniques that SLI and Crossfire utilise incompatible with modern games. 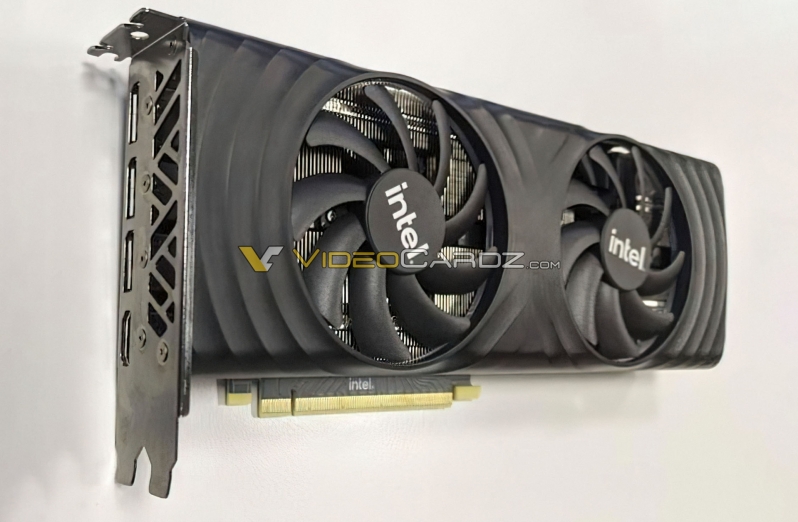 Intel currently plans to launch their first ARC Alchemist series graphics cards in Q1 2022. This means that Intel should have graphics cards on store shelves within the next few months. That said, it remains to be seen how much these graphics cards will cost, how well they will perform, and how readily available they will be.

You can join the discussion on Intel's ARC Alchemist series graphics cards on the OC3D Forums.