With their ARC series graphics cards, Intel plans to attack both AMD and Nvidia by launching new graphics cards that feature plenty of VRAM and all the modern features that gamers should expect from a new graphics card. This includes support for hardware accelerated ray tracing and an AI-based upscaling technology called XeSS.

Rumour has it that Nvidia plans to launch a 16 GB version of their RTX 3070 Ti graphics card, and now we know why. This new SKU is a direct response to Intel's planned 16 GB ARC series SKU. Beyond that, Nvidia's also reportedly planning to launch new RTX 3080 12 GB and an RTX 3090 Ti model to secure their dominance of the high-end GPU market. 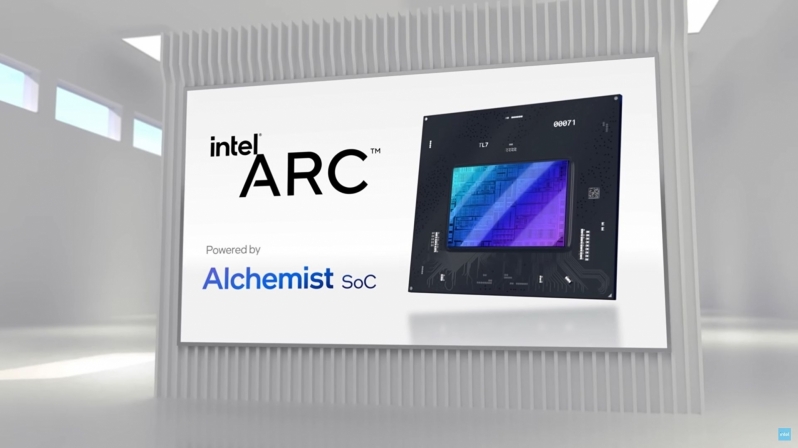 Intel has an opportunity to muscle in on Nvidia's territory in a way that AMD hasn't been able to. While AMD needs to push to grow their market share within the laptop CPU and GPU market, Intel only needs to leverage their dominance of the laptop GPU market to bring their ARC series GPUs into new notebook designs.

Currently, Intel is expected to discuss their ARC Alchemist series graphics cards in detail during their CES 2022 keynote on January 4th.

You can join the discussion on Intel's ARC Alchemist series GPUs on the OC3D Forums.

AlienALX
Awesome. I just pray they are chit for mining.Quote
Reply