It's finally happening, Intel's officially launching their ARC A770. On October 12th, Intel will have officially entered the GPU market, turning the world of graphics cards into a three horse race.

At their Intel Innovation event, Intel's CEO, Pat Gelsinger, confirmed that their A770 graphics card will launch with pricing starting at $329. This price is presumably for the GPU's 8GB model, though 16GB versions of this graphics card will also be released.

Below is Intel's Limited Edition ARC A770 design, which will launch with only 16GB of VRAM. Intel's pricing makes their ARC A770 an RTX 3060 competitor, adding a new option to this area of the GPU market. 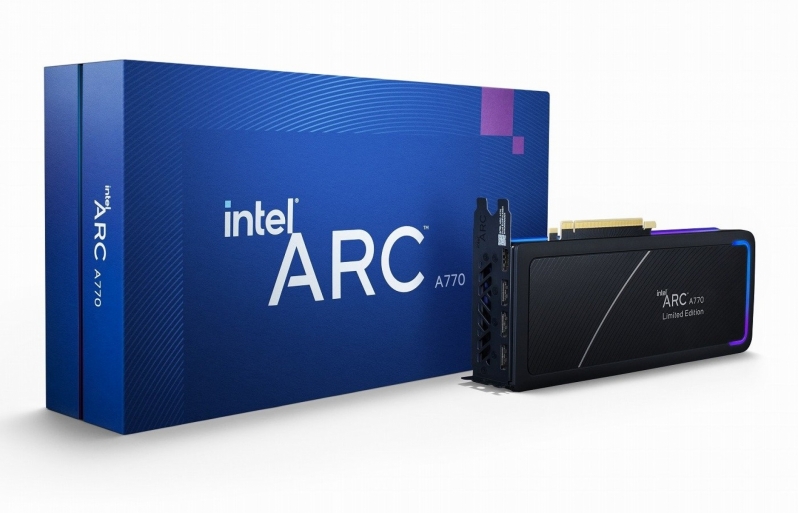 Intel has claimed that their ARC A770 can deliver up to 65% better performance than competing graphics cards in ray tracing workloads, it is likely that Intel are comparing this graphics card to Nvidia's RTX 3060, though this has not been confirmed.

Pat Gelsinger has confirmed that their ARC A770 is currently being shipped to reviewers, which means that gamers should expect in-depth reviews of Intel's new flagship graphics card soon. 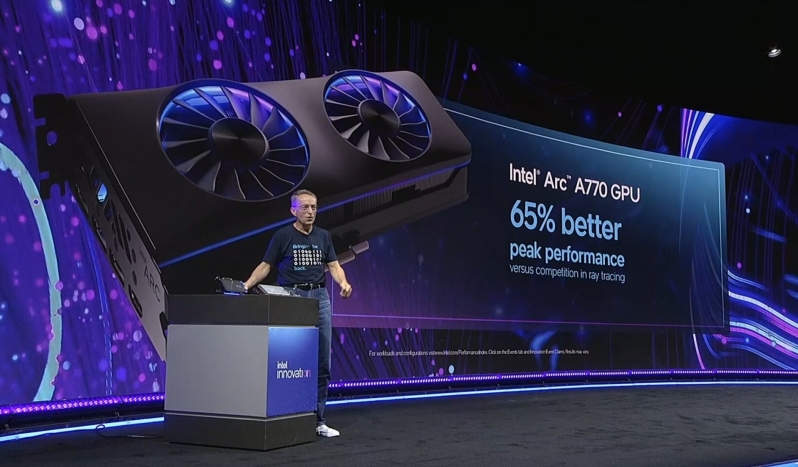 You can join the discussion on Intel's planned ARC A770 launch on the OC3D Forums.

AngryGoldfish
Moore's Law Is Dead has already tried to finagle his way of admitting he was wrong about Intel quitting the dedicated GPU market.Quote
Reply