Intel's getting ready to launch their first gaming-focused graphics card, a project that's codenamed Xe-HPG and also known as DG2. Today, Intel's Senior Vice President, Chief Architect, and GM for Intel Architecture, Raja Koduri, teased the company's upcoming "DG2-512" graphics processor, highlighting that Intel's new hardware is ready. That said, Intel has a lot of work to do before they can launch DG2.

In his Tweet, Raja Koduri confirmed that Intel has a lot of driver work to complete before Intel can launch its DG2 series of graphics cards. At this time, we do not know when Intel plans to launch its Xe-HPG graphics cards to the consumer/DIY market.

Performance-wise, Intel has not released any data about their upcoming DG2 series of graphics cards, though recent rumours have suggested that their gaming flagship could compete with Nvidia's RTX 3070 graphics card.

Xe-HPG (DG2) real candy - very productive time at the Folsom lab couple of weeks ago. “From jittery journeys to buttery smooth” said @rogerdchandler -
lots of game and driver optimization work ahead for @gfxlisa’s software team. They are all very excited..and a little scared:) pic.twitter.com/tQcfEWf8p4

You can join the discussion on Intel's Xe-HPG graphics card on the OC3D Forums. 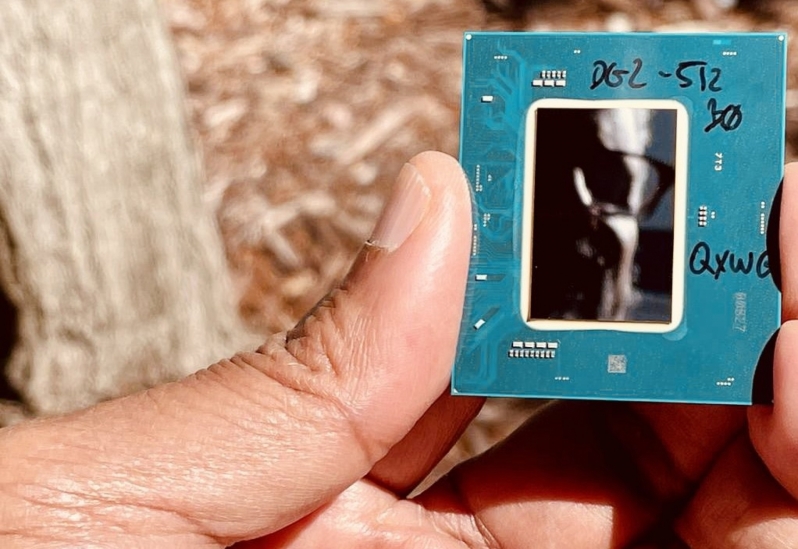