ARC has launched, but XeSS hasn't

Intel's answer to DLSS is coming to games this summer

Intel has just revealed its ARC A-series of discrete graphics cards, launching the series to the laptop market first with its low-power ARC 3 series of products. This Summer, Intel plans to release higher performance ARC 5 and ARC 7 series mobile graphics chips, and their desktop counterparts.

One of the highlights of Intel's ARC A-series reveal event was their discussion on the company's XeSS AI Super Resolution technology, a solution that plans to supplant Nvidia's DLSS technology as the gaming market's top tier AI upsampling solution. 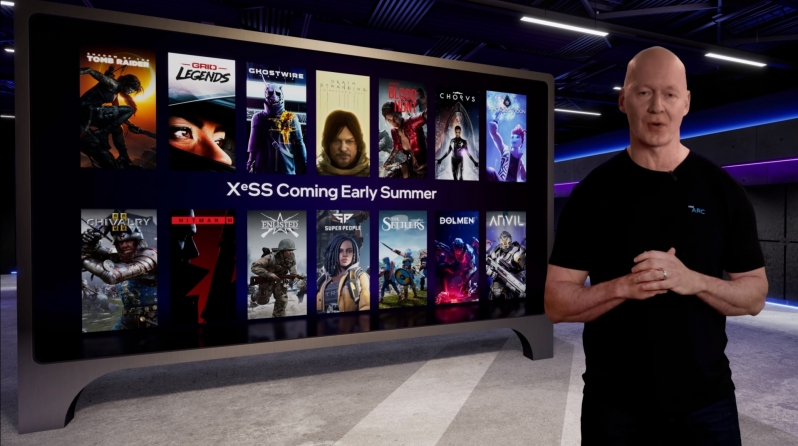 Moving forward, Intel plans to work with more game developers to add support for XeSS to their existing and future titles.

You can join the discussion on Intel's XeSS AI Super Resolution technology on the OC3D Forums.

I read that and just thought "license"
They should all take a leaf out of AMD's playbook and make it open source, that'll get the adoption rate up.

I hope one day that "upscaling" means that GPU's no longer need to be power hungry trolls.Quote

KingNosser
They are behind but it's a start but personally even if i didn't have a card Intel are not the ones that would grab my intrest.Quote

Gambit2K
Wait they have support for Anvil... talk about supporting a dead game

Warchild
Quote:
Could be worse... they could have supported Anthem.Quote
Reply