It looks like AMD has the DX12 performance lead in VRMARK

Earlier today, Futuremark released their new VRMARK Cyan Room benchmarking tool, a new DirectX 12 benchmark that is designed to showcase the potential performance that Microsoft's latest Direct3D API can offer within VR.
AMD has conducted their own testing with this new graphical API, showcasing a huge performance advantage for Radeon GPUs over their Nvidia counterparts, with AMD's RX Vega 64 offering over 20% more performance than Nvidia's GTX 1080.

This is great news for AMD, though it must be mentioned here that the majority of VR titles are not made using DirectX 12 and this benchmark tool is made using a custom DirectX 12 engine, which is not representative of Unity or Unreal Engine 4, the two most common engines for VR games. 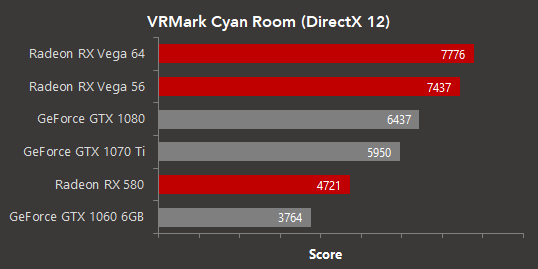 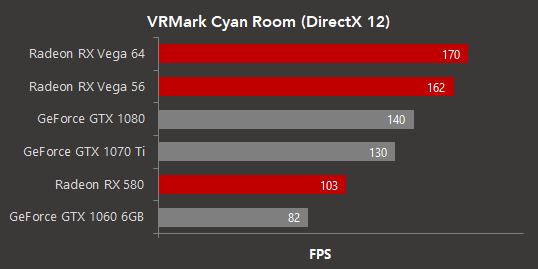 We will be testing Futuremark's new VRMARK Cyan Room test over the next while to deliver our readers our own benchmark results, which will confirm or conflict with these results from AMD.

You can join the discussion on AMD's performance in Futuremark's DX12 VRMARK Cyan Room benchmark on the OC3D Forums.

Tolemac
Quote:
I think what WYP is doing is showing the comparison of the cards which Vega was made to compete with. the 1080ti is in a different league

NeverBackDown
Quote:
That and I'm pretty sure those are AMD slidesQuote