This GPU is still expected to launch on October 26th

Nvidia's upcoming GTX 1070 Ti has remained elusive, with very little imagery being available for the GPU until now, nevermind any hints of an official reveal from Nvidia themselves.

Now KFA2's GTX 1070 Ti EX has been pictured, showcasing an aftermarket GPU design which has been confirmed to be using 8GB of GDDR5 memory thanks to KFA2's box art.

KFA2's version will be powered by an 8+6-pin PCIe power configuration and cooled using a dual fan heatsink that appears to be a dual slot in design but taller than standard/reference GPU models. 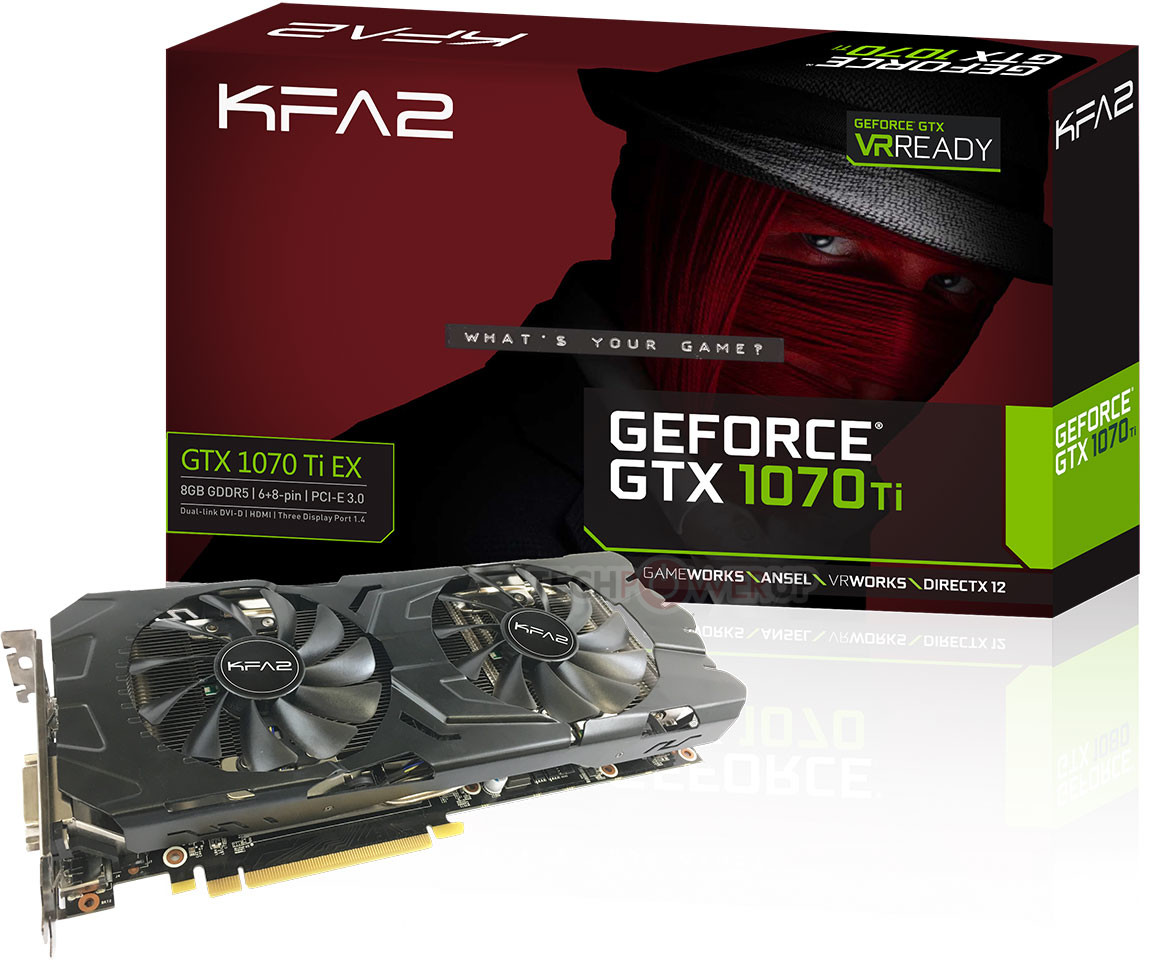 At this time the release date and pricing of Nvidia's upcoming GTX 1070 Ti has not been confirmed, though early rumours have suggested that it will be revealed on October 26th.