When AMD announced its Radeon RX 5600 XT, our initial thoughts were that this graphics card could be a strong overclocker, especially when it came to the GPU's memory speeds.

Today, new 3DMARK Fire Strike benchmark scores have been leaked, via _rogame, which reveals a correlation between the Radeon RX 5600 XT's benchmark performance and memory overclocking, proving that the GPU is memory-limited in specific applications.

When looking at the Radeon RX 5600 XT's 3DMARK Fire Strike Graphics scores, we can see that using 14Gbps GDDR6 memory speeds yields a 6.72% boost in performance while using 14.4Gbps memory speeds delivers a 7.5% boost in graphics performance. These results come thanks to 16.7%, and 20% boosts to total memory bandwidth/clock speeds, respectively. 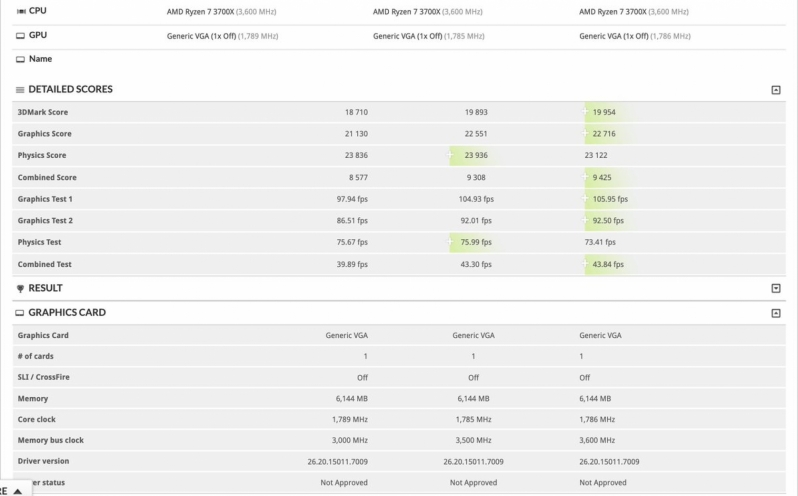 Why is the Radeon RX 5600 XT memory limited?

The simple answer to this question is pricing and product segmentation. Using faster GDDR6 memory would bring the Radeon RX 5600 XT closer to AMD's Radeon RX 5700, making it a less appealing purchase. On top of that, higher-speed GDDR6 memory would add more cost to AMD's budget-friendly Radeon RX 5600, a move which would bring the graphics card closer to the RX 5700 in terms of pricing and performance. It makes little financial sense for AMD to do that. 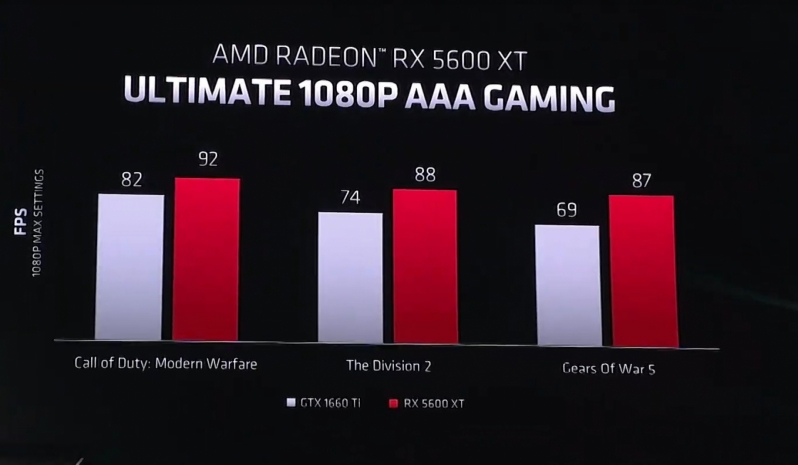 You can join the discussion on AMD's RX 5600 XT and its memory scaling on the OC3D Forums.

Warchild
Quote:
Maybe hints at quite a few SKU to be released so many variations to hit the market. The naming from both brands are a bit out of control in my eyes. Or at least the manufacturers are going loopy over it.

RTX alone should have led to a reset in model naming.
RTX 1.x


Quote:
Well then, why not just make it short and logical then?: