G-Sync Compatible screens with sizes up to 88-inches

While this move is very consumer-friendly, it came as a reaction to the VRR being a mandatory part of HDMI 2.1, forcing Nvidia to support non-G-Sync VRR standards. Cynics will see this move as an effort to bring non-Nvidia industry standards under the Nvidia marketing banner, but it cannot be denied that Nvidia's efforts are pushing display makers to create higher quality VVR monitors and hasten their adoption of VRR standards. 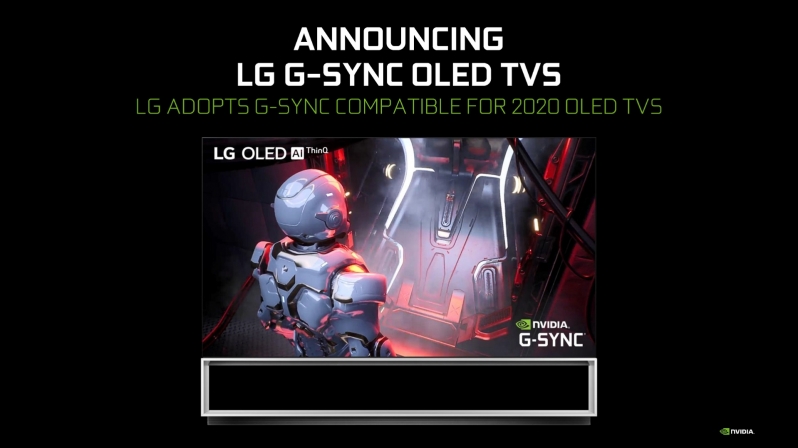 LG is due to announce its 2020 lineup of 4K OLED screens at CES 2020, with model pricing and release dates being expected close to launch.

You can join the discussion on LG bringing G-Sync Compatability to their 2020 series of OLED TVs on the OC3D Forums.

WYP
Quote:
These are TVs, not monitors.Quote

Nvidia failed with their marketing for gsync only monitors. Please don't let them rebrand an industry standard as "gsync"Quote

NeverBackDown
Quote:
This makes no sense.

Gsync is not an industry standard.

It is now Gsync compatible.

This isn't a monitor

and they aren't rebranding the industry standard. The TVs are already VRR capable and now certified for Gsync.Quote

Dawelio
Quote:
And this was confusing to read