The Ultragear 45GR95QE is a 45-inch curved OLED monitor with an 800R screen curvature. Productivity users will be glad to know that this screen features Picture-by-Picture (PBP) and Picture-in-Picture (PIP) display modes, and that this screen features LG's latest Anti-Glare and Low Reflection coatings, which should both reduce visual distraction and reduce eye strain. 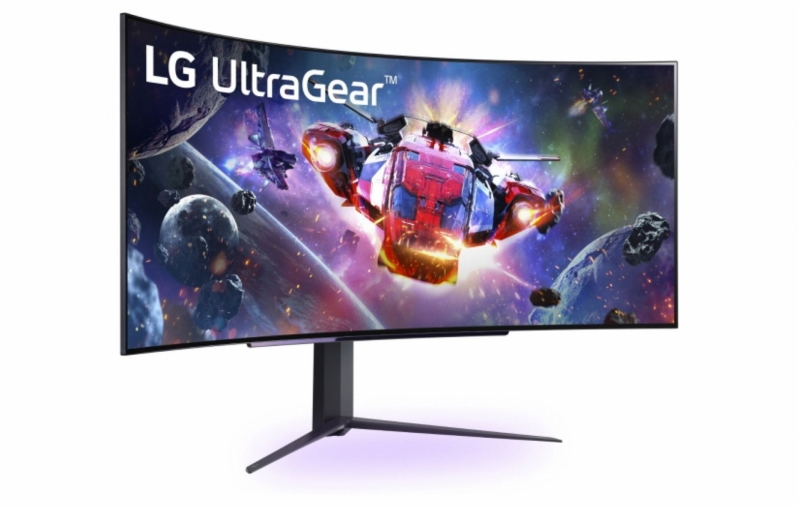 In addition to being LG’s first 45-inch curved OLED gaming monitor with a 21:9 aspect ratio and WQHD (3440 x 1440) resolution, the 45GR95QE is also the company’s first-ever display to combine a 45-inch screen-size with an 800R curvature; a pairing that helps boost users’ sense of immersion. A genuine gaming powerhouse, the 45GR95QE will be displayed at IFA 2022 along with LG’s impressive 48GQ900 UltraGear OLED gaming monitor. 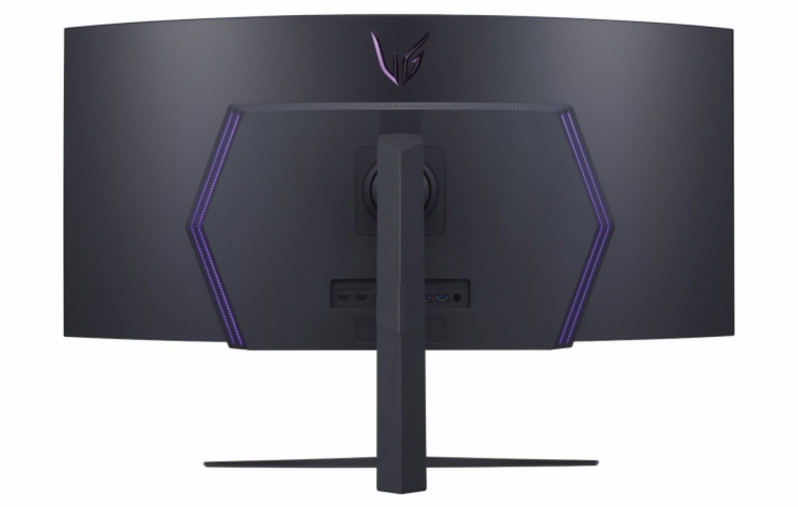 As one would expect, the company’s newest gaming monitor ramps up the realism and responsiveness, offering excellent picture quality as well as unrivaled speed. Along with a 240Hz refresh rate and 0.1 millisecond Gray-to-Gray (GTG) response time, the 45GR95QE provides 98.5 percent coverage of the DCI-P3 color space, superior HDR10 performance and support for HDMI 2.1 – including features such as Variable Refresh Rate (VRR) – and DisplayPort 1.4. Thanks to its large size, 21:9 aspect ratio, borderless design and 800R screen curvature, the new UltraGear helps transport users into their favorite PC or console games as few other monitors can. What’s more, it is also the ideal size for most desk setups and offers smooth multitasking with features such as Picture-by-Picture (PBP) and Picture-in-Picture (PIP).

The UltraGear brand’s first curved OLED gaming monitor, the 45GR95QE delivers the same, stellar OLED picture quality as its predecessor (model 48GQ900) while adding an 800R curvature and LG’s Anti-glare & Low Reflection coating. These key enhancements help to increase users’ sense of being in the game, enveloping them in the onscreen action and reducing annoying, visual distractions at the same time. LG’s industry-leading OLED display technology also puts less strain on users’ eyes, which is especially helpful for those who enjoy losing themselves in long, uninterrupted gaming sessions.

You can join the discussion on LG's new 240Hz Curved Ultragear 45GR95QE OLED Gaming Monitor on the OC3D Forums.

Greenback
I'd rather have this than the flexQuote