HDR is supported through the popular HDR10 format, and the UltraGear 27GR95QE-B also has an FPS counter, and RGB support through the screen's "Hexagon Lighting" feature. The screen can support inputs through HDMI and DisplayPort, with LG's webpage not specifying that versions of HDMI or DisplayPort are utilised.

With most OLED screens using TV-sized screens, LG's new UltraGear 27-inch monitor offers gamers a screen size that is more akin to what typical desktop users expect. On top of this, LG's UltraGear 27GR95QE-B supports 240Hz refresh rates, which is double that of most OLED gaming monitors, which typically max out at 120Hz. 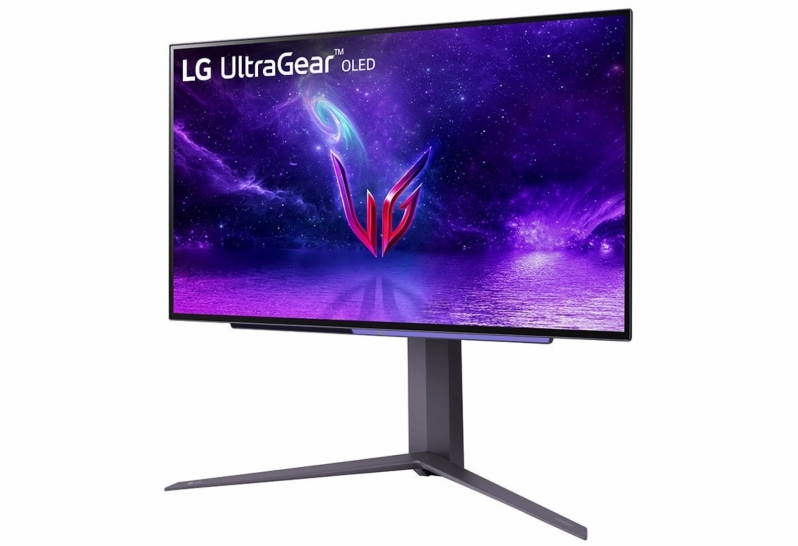 LG's UltraGear OLED 27GR95QE-B is expected to offer stronger motion clarity than most non-OLED gaming monitors, and the UltraGear's support for 240Hz refresh rates should give this new monitor a clear advantage over slower 120Hz OLED screens. LG has noted that this OLED gaming monitor features and anti-glare screen coating, which is a typical addition for a desktop monitor. While an argument can be made that glossy screens can deliver better visual results, it is hard to argue with the fact that matte displays are easier to use within real-world environments where lighting conditions and reflections are ot easily controlled.

While LG's UltraGear OLED 27GR95QE-B's $999.99 asking price is high, its pricing is not terrible relative to other ultra-high-end gaming monitors and televisions, and is a clear sign that more smaller sized OLED gaming monitors are on the horizon. Sadly, UK and European pricing for this gaming monitor remains unknown, though it is likely that we will see more of this screen in early 2023 at CES.

You can join the discussion on LG's new UltraGear OLED 27GR95QE-B 240Hz gaming monitor on the OC3D Forums.

WillSK
OMG!! this is the one

meuvoy
Quote:
Yeah, that's probaby the only sensible addition to the monitor market in like a decade. I've already set aside the money for this one. Now to wait untill LG gives my country the benefit of having these in store shelves.Quote

Now if only they could introduce more than just HDR10 for monitors...Quote
Reply